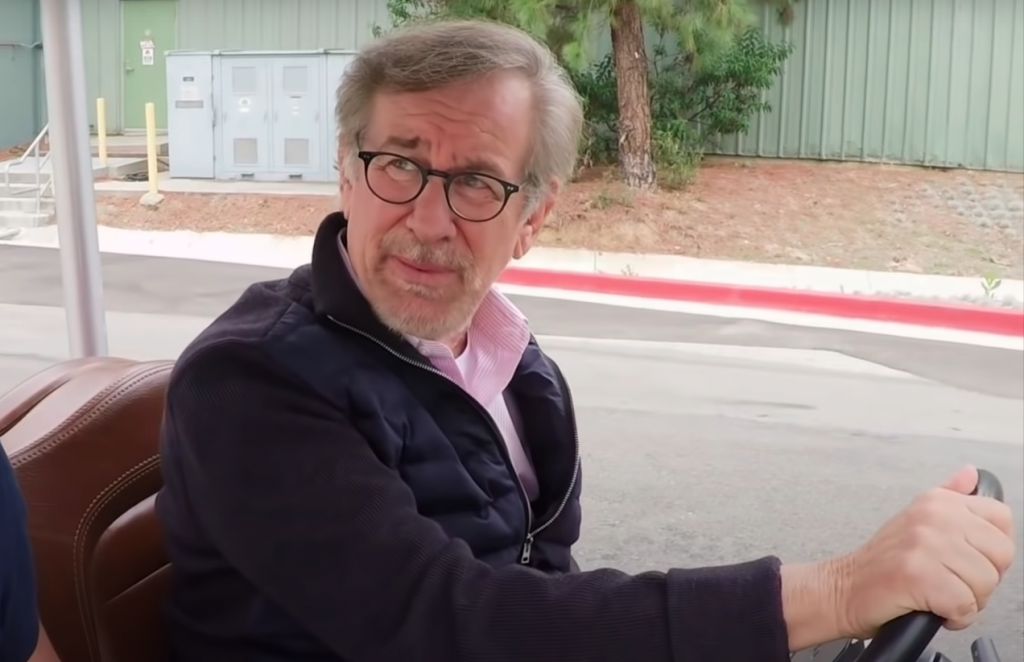 Steven Spielberg Used to Hang Out in “Jaws” Ride Orca

Every so often, an afternoon going through YouTube offerings can result in some fabulous gems. Like this awesome interview with Anthony Breznican and the legendary Steven Spielberg in a golf cart riding around the Universal Studios backlot in Burbank.

Yeah. Just imagine that for a second- Spielberg drives his own golf cart around the Universal tour area, pointing out various notable locations, including the revelation that he used to sneak onto the lot when he was 16.

One of our favorite moments in this has to be about the Jaws Ride. Spielberg mentions that the ride used to have the Orca. Not just a recreation, but THE Orca from 1975’s seminal film “Jaws.” Steven reveals that for a long period of time, he would sit “for hours” in the Orca, and contemplate things. Sort of like regressive therapy from his fairly well documented terrible experiences making the blockbuster.

The real Orca was included in the ride from 1976 until 1996 (after Universal had had to buy the Orca back from a special effects technician who’d acquired the boat after shooting). By the end of its tenure the Orca’s hull had rotted so badly that Universal had the boat destroyed. Spielberg says in the interview that he wants them to rebuild it, and add it back in.

But, you don’t have to take our word for it, check out the interview: