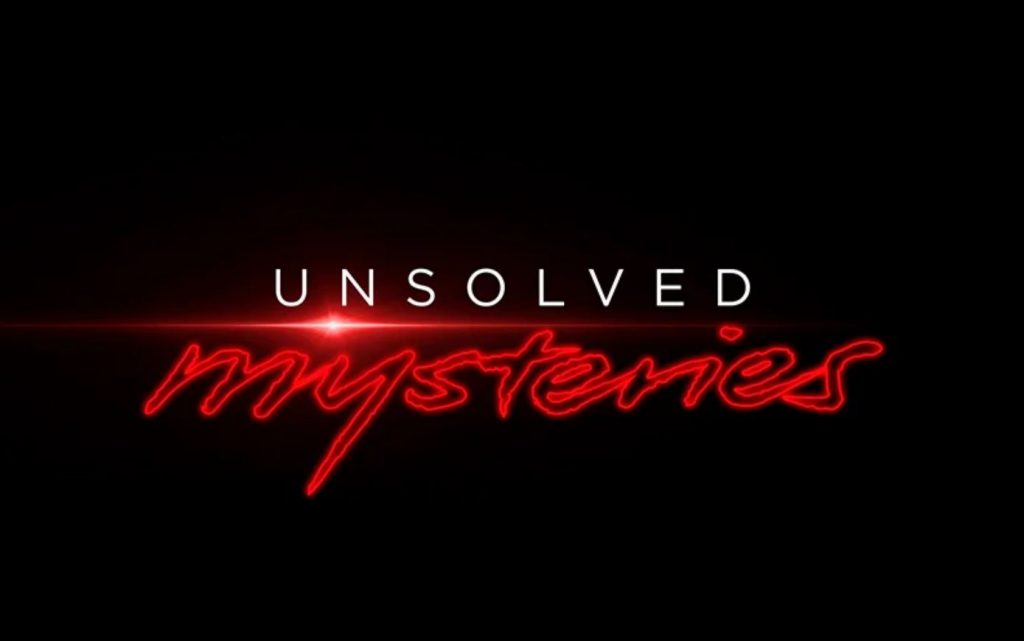 “Unsolved Mysteries” Reboot Trailer is Everything we Wanted

Well I suppose we can’t say this “Unsolved Mysteries” Netflix reboot trailer is everything we wanted. Of course we would want Robert Stack involved, but alas he is no longer with us. But we hope that his spirit has blessed this new reboot because the trailer is nothing less than fantastic.

Now if you want my thoughts on the trailer, it’s ominous. The music they used fits perfectly with the production of the trailer. And if the whole thing is cut like this then it will be great for entertainment value.

One gripe against the show that my husband and I were talking about though is that each episode is a stand alone mystery. What we really loved about the old show was that it was around four mysteries per episode and that they were small enough that the details would resonate. This seems like if they are an hour long each they should either have many details about the cases or they are going to have a lot of dead air trying to build up a sense of drama. Which is fine but not exactly what the original show embodied. For that version the drama was the fact that it was so much information about these crazy cases being thrown at us all at once.

Plus there is no number cited (YET) for viewers to call. But they may have it where you contact different jurisdictions by email or phone depending on where the mystery takes place.

But as far as bringing back the show they seem to be doing a fantastic job of creating the atmosphere that we grew up loving. The eerie and solemn feeling that the trailer holds is definitely one that resonates with the initial premise of the show. So I have very high hopes they will decide to make this a continuous series.

Episode descriptions are as follows:

“Mystery on the Rooftop,” directed by Marcus A. Clarke
The body of newlywed Rey Rivera was found in an abandoned conference room at
Baltimore’s historic Belvedere Hotel in May 2006, eight days after he mysteriously
disappeared. While the Baltimore Police maintained that the 32-year-old committed suicide by jumping from the hotel’s roof, the medical examiner declared Rey’s death “unexplained.” Many, including his devastated wife, Allison, suspect foul play.

“House of Terror,” directed by Clay Jeter
In April 2011, French police discovered the wife and four children of Count Xavier Dupont de Ligonnès buried under the back porch of their home in Nantes. Xavier, the family patriarch, was not among the dead and nowhere to be found. Investigators gradually pieced together clues and a timeline that pointed to Xavier as a devious, pre-meditate killer. For instance, they now know that shortly before the crimes occurred, Xavier inherited a gun that was the same model as the murder weapon.

“No Ride Home,” directed by Marcus A. Clarke
Alonzo Brooks, 23, never returned home from a party he attended with friends in the
predominantly white town of La Cygne, Kansas. A month later, a search party led by his family locates Alonzo’s body — in an area that law enforcement had already canvassed multiple times. The FBI recently reopened the case and on June 11, announced a $100,000 reward for information leading to the arrest and conviction of any responsible parties in Alonzo’s death.

“Berkshire’s UFO,” directed by Marcus A. Clarke
On September 1, 1969, many residents in Berkshire County, Massachusetts were traumatized by a sighting of a UFO. Eyewitnesses — many just children at the time — have spent their lives trying to convince the world that what they saw was real.

“Missing Witness,” directed by Clay Jeter
At age 17, a guilt-ridden Lena Chapin confessed to helping her mother dispose of her
murdered stepfather’s body four years prior. In 2012, Lena was issued a subpoena to testify against her mother in court, but the authorities were never able to deliver the summons —because Lena had disappeared, leaving behind a young son.

The Unsolved Mysteries Reboot will be available to stream starting July 1st. So stay tuned!