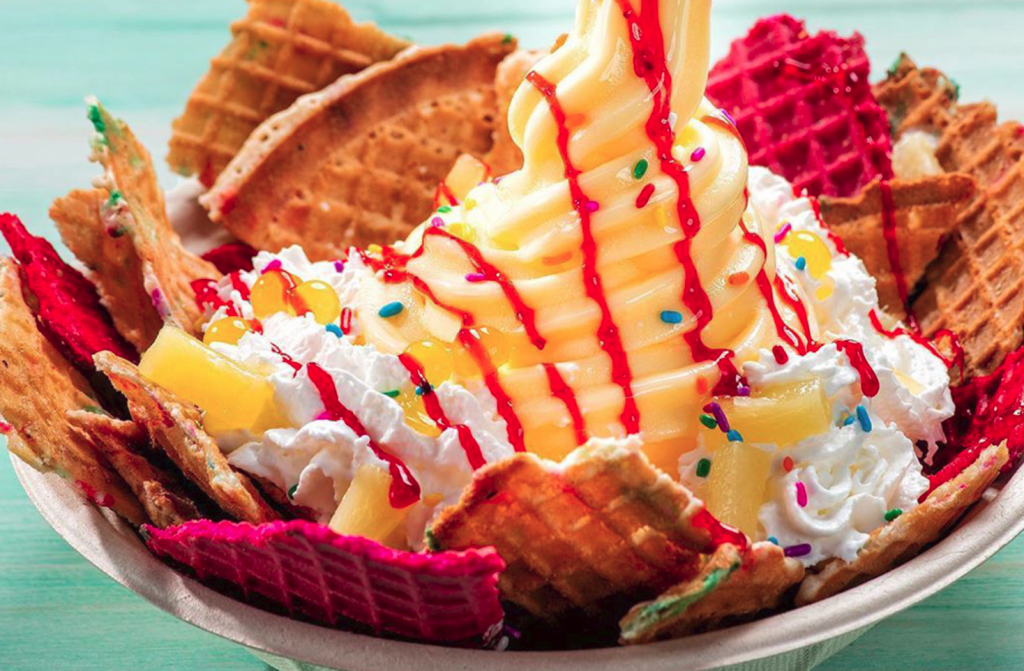 Remember your first dole whip? How about your first Lobster Nacho from the Pixar Pier? Now think about how amazing those are and mix them up in your mind. Imagine a Nacho that’s sweet with waffle cones, sprinkles and to top it all off, Dole Whip as the dipping. Last year they introduced Dole Whip Nachos and it was a huge hit. So now when they open back up they will be offering it as a permanent menu item in Disney Springs.

The snack consists of waffle cone, Dole Whip mango boba pearls, fresh pineapple, strawberry sauce and whipped cream with rainbow sprinkles. Just typing that out makes my gestational diabetes intensify, but hey once this baby is out it’s fair game. They will be selling it at Marketplace Snacks so set that on your itinerary if you want some amazing goodness.

So now we know this amazing snack is bound for Disney World on the East Coast. Those of us on the West Coast just have to wait for it to pop over here. And hopefully it will be offered in places like the Pixar Pier so that we can get it right after we finish those epically delicious lobster nachos. Seriously guys if you haven’t tried them you are missing out big time.