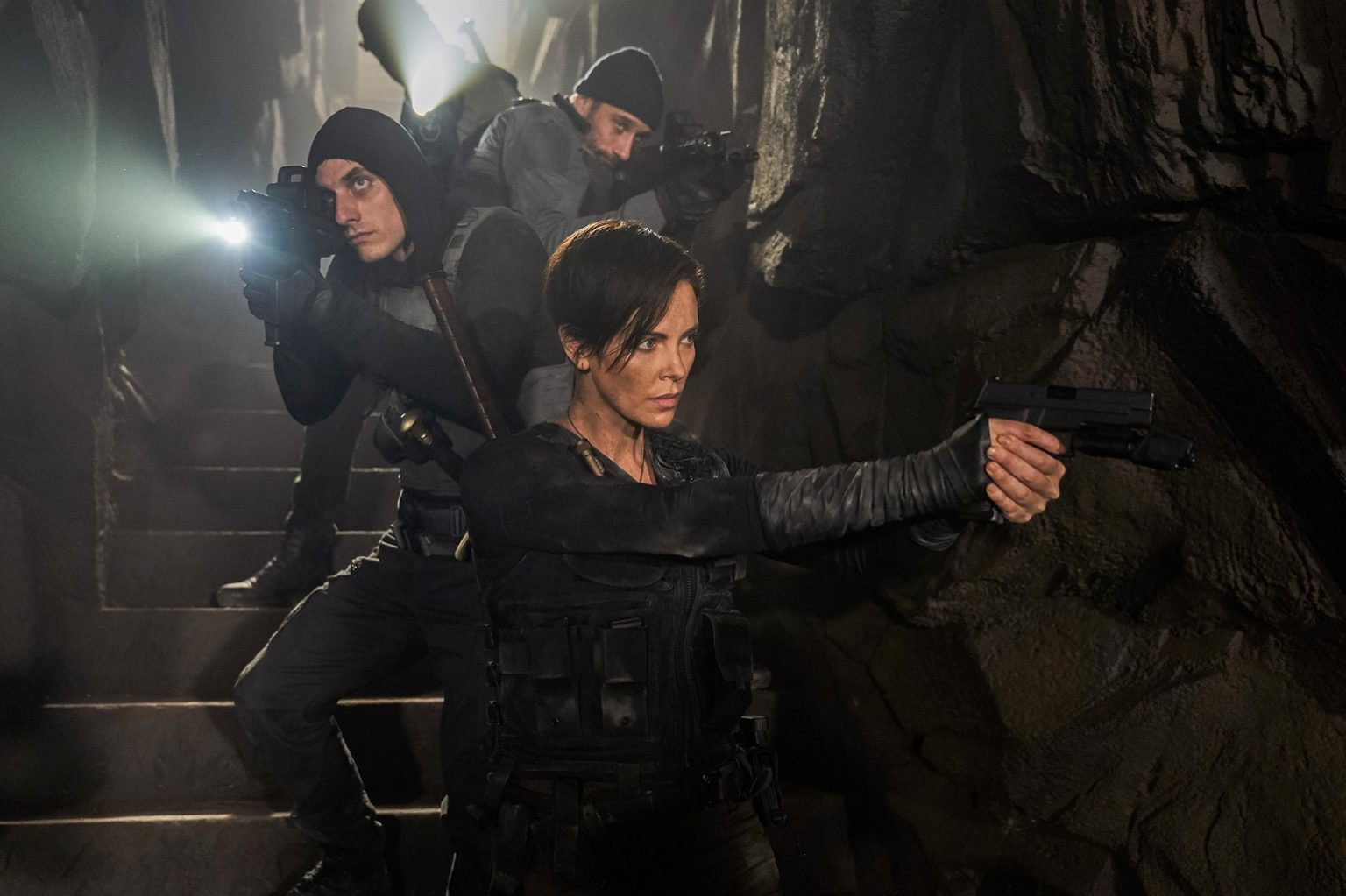 Charlize Theron is an undead mercenary in the first trailer for the upcoming Netflix film “The Old Guard.” Well, maybe undead is too strong a word, and we should just use immortal instead.

In Greg Rucka and artist Leandro Fernadez‘s The Old Guard graphic novels, the series follows a band of immortal mercenaries led by Andromache “Andy” of Scythia. When their immortality is discovered, they must face their greatest challenge yet. The same story will roughly be told in this Netflix film.

Theron actually injured herself on “The Old Guard,” tearing a tendon in her thumb [ouch!]. She recently spoke with Entertainment Weekly about the experience, and how she didn’t want to stop filming:

“I definitely cried quite a bit. Everybody kept saying, ‘This is probably serious,’ and I was like, ‘We can’t talk about that right now. We just have to keep going because what are we going to do? We have three more weeks to shoot. We’ve got to get through it.’”

Forever is harder than it looks. Led by a warrior named Andy (Charlize Theron), a covert group of tight-knit mercenaries with a mysterious inability to die have fought to protect the mortal world for centuries. But when the team is recruited to take on an emergency mission and their extraordinary abilities are suddenly exposed, it’s up to Andy and Nile (Kiki Layne), the newest soldier to join their ranks, to help the group eliminate the threat of those who seek to replicate and monetize their power by any means necessary. Based on the acclaimed graphic novel by Greg Rucka and directed by Gina Prince-Bythewood (“LOVE & BASKETBALL,” “BEYOND THE LIGHTS”), “THE OLD GUARD” is a gritty, grounded, action-packed story that shows living forever is harder than it looks.