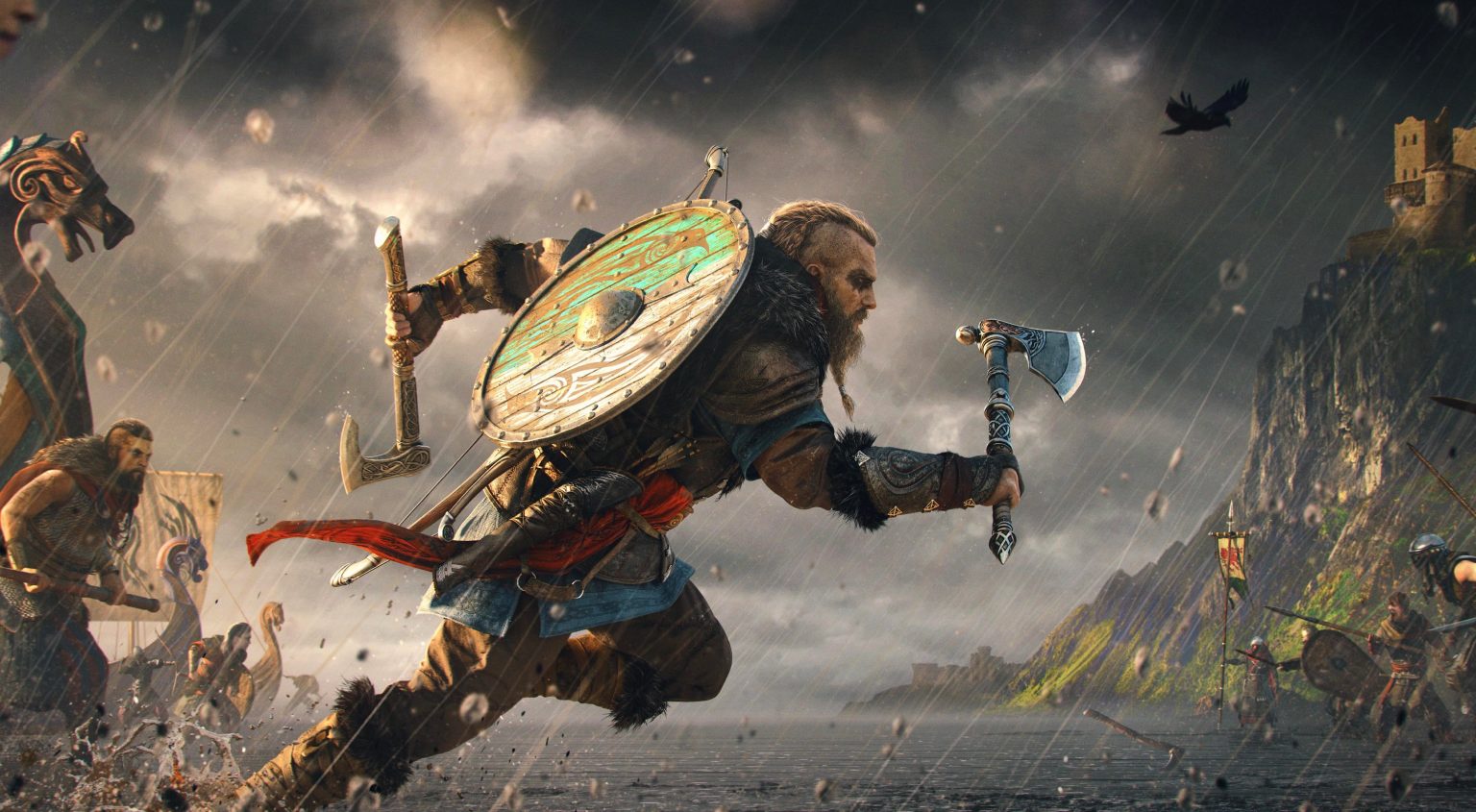 Microsoft will be hosting a monthly event called Inside Xbox once a month, in order to build up hype for the upcoming Xbox Series X. Today (5/7/2020) was the first and with it they announced a bunch o third party games. That’s going to be launching with the Xbox Series X.

The first gameplay showed off Bright Memory Infinite is this cyberpunk style first person shooter. Where you’re jumping around grabbing people with a whip of some kind. Shooting what seems to be samurais with guns and blocking access with a sword. It quickly turns into a car chase and right before it flips over The game is a sci-fi and takes place in the year 2036 and you play as Shelia, a member of the Supernatural Science Research Organization (SRO).

One thing they stressed is as long as you buy it once you’ll have it on the new Xbox Series X and this is all in game footage. And of course, it they all have ray chasing and all of that great stuff we’ve known to love.

Dirt 5 you’re going to be all over the world from China, New York, Brazil and all the different locations will have different races based off the environment. So if it raining it’ll be a different race from snow to just a normal sunny day. And of course, they’re going to have a bunch of new cars to have new and fun play styles.

One of the new things they are going to add for the game is for player split screen now. Nolan North and Troy Baker will be joining the Career game with North being the character you play as and Baker being a mentor in the game.  You’ll be able to play at 4k. You only need to buy it once and load time will be much shorter.

Scorn seems to be a bit of a horror style game with shots of nothing but creepy dungeons and unsettling looking rooms. It quickly shows what looks to be a human body with other similar life forms in various shots. It then cuts to it then cuts to another body putting something into another person mouth before you wake up. The game will be first person, with plenty of story and puzzles thrown at you in every corner.

Chorvs rise as one, was showed off it seems to be the space version of the hit game Control. They showed off lots of interesting space dog fights, with interesting world. You will be playing as two different people  an ex-cultist Nara, an ace pilot. Both the pilot and Nara are set on setting the galaxy free from a cult called the circle who want to control the galaxy.

Yakuza: Like A Dragon was also shown off. The game just looks like a lot of awesome thrown at you. It looks to be like an underdog story where you start you gang from nothing to something. You are betrayed and left for dead by one  of your most trusted allies. It is of course a RPG game with tons with tons to do in the game. Like be a chief bodyguard and much more. It’s also important to note that this will be will out at the same time with the Xbox Series X

Madden 21 was also showed off this year. They had started there presentation (buy it once buy it free for series x) but not much was shown off.

Vampire The Masquerade Bloodlines 2 seemed to be a horror style game. With a person dancing over some bodies being hanged, while playing upbeat music. But the trailer doesn’t stop there it gets more weird with the landscape of the world.

CALL OF THE SEA

Call Of The Sea  seems to be a survival game. With all sorts of topical landscapes as well as hidden ruins too in the South Pacific. It opens with a women narrating about something that had been found. In the game you’ll be playing as a women Norah in the 1930s. Who went searching for her husband that went missing. And a nice cherry on top of this game,is that Cissy Jones will be voicing the lead.

Another cyber punk style game was showed off The Ascent. It seems to be a camera top game much like Diablo, and most important this will be a Microsoft exclusive. It’s going to be a RPG game with tons of customizations with local and online coop if you choose to do either or. And this is how Microsoft describes there game. “Planet Veles is one of many planets across the galaxy run by mega corporations – far larger than anything we have today – and travelling between planets costs a huge amount of resource. The biggest of all these mega corps is The Ascent Group. They own everything and everyone – including you. But as the game begins, The Ascent Group shuts down for mysterious reasons, causing the city’s automated security systems to go haywire and put your entire world at risk. With riots, rival factions and conspiracy theories spreading like wildfire, it’s time to uncover what’s really happening before it’s too late.”

Next we got to see The Medium. It starts with a a women at the doctors for her child then the game turns a little dark. With her at a church looking very grim and heart broken it then cuts to her cutting her hands with a knife while cutting to a world that looks complete destroyed.

For The Medium are the same people behind Layers of Fear, Blair Witch and many others. You will be playing as a person who is a Medium who can see two different words. The Silent Hills composer has played a huge role in the making of this game. He added many layers to the game to make it that much more immersive. It seems a Medium can look into a spirit world but she’s haunted by one vision and must solve it. And the spirit world is more of the darker world from ours. It’s where all the hate and harshness goes too. With the new Xbox Series X it made the game possible to live out the fantasy they had of this game without tech limits holding them back.

Scarlet Nexus by Bandai Games is off a sci-fi world where you play as one of the few people who can these monsters. And it quickly goes full JRPG. This is how Microsoft describes the game “Scarlet Nexus takes place in the far distant future, where a psionic hormone was discovered in the human brain, granting people extra-sensory powers and changed the world as we knew it. As humanity entered this new era, deranged mutants known as Others began to descend from the sky with a hunger for human brains. Impervious to conventional weapons, those with acute extra-sensory abilities, known as psionics, were our only chance to fight the onslaught from above and preserve humanity. Since then, psionics have been scouted for their talents and recruited to the Other Suppression Force, humanity’s last line of defense. In Scarlet Nexus, players will take on the role of Yuito Sumeragi, armed with a talent in psycho-kinesis, and explore the futuristic city of New Himuka and uncover the mysteries of a Brain Punk future caught between technology and physic abilities. With these psycho-kinetic powers, the world becomes an important ally. Lift, break, and hurl pieces of the environment to build attack combos and lay waste to enemies.”

Second Extinction looks like a survival game where earth has complete fallen and the and the dinosaurs have taken over the world, and you and your friends must take on hordes of them to take the world back. Humans have fled to space, but now are ready to take back the earth from the dinosaurs.

And finally we got to see the gameplay for Assassins Creed Valhalla. Of course, it opens with a beautiful cinematic of Vikings sailing, and shots of war and other jaw dropping landscapes.  And all footage from straight from the game. The bases of the game is your character is looking to settle in England for your people. And you’re going to have to make alliances with other kings in England as well as other Vikings. Which leads to difficult decisions to make. As well as some gory fights. They going to have much more faster loading times to have more of an immersive feeling. And they will have smart delivery So if you buy it once you will not have to buy it again for the Xbox Series X.

In July they’re going to be showing off Xbox studio games, so we’ll be on the lookout to see what they announce then.