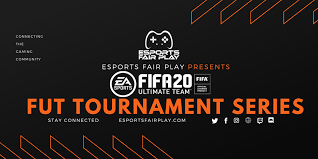 Despite having professional competitions as far back as 1972, it’s only over the last decade that eSports has begun to hit its stride. Far from the stigma and limits of its youth, modern eSports were worth a billion dollars in 2019 alone, which is expected to grow to more than $2.1 billion a year by 2023. While market worth is an important metric in measuring the success of an industry, it only tells a part of the story, however. So, what aspects of the greater landscape demonstrate that eSports is not only mainstream but that it is also here to stay? We take a closer look.

Perhaps the biggest change to how modern eSports operates comes through its acceptance on mainstream sporting networks. As the most valuable sports network in the world, ESPN reaches more than 94 million homes, and now their programming includes eSports games like Overwatch, League of Legend, and Street Fighter.

Visibility on this level doesn’t just display how large of an audience there is for this subset of gaming, but it also serves as an important avenue for bringing in newcomers. Without this level of representation, there are those unfamiliar with eSports which might doubt its feasibility, for example, with inclusion on the world’s biggest sports network serving as a sort of litmus test.

Interest by Other Sectors

A key indicator of international interest to a developing competitive industry is in how well it can engage symbiotic sectors. In this instance, perhaps the most important is that of the online betting industry. For some of the most major eSports tournaments, games are available to bet on just as with traditional sports like football, tennis, and basketball.

This means active odds, live betting, and flexible wagering options of the kind that have been available in other gambling spheres for decades. By bringing more money into the game, such related services also help boost eSports popularity, helping drive viewership, sponsorship, and even encouraging the arrival of new players.

The final aspect which shows how serious the eSports industry is comes from the growing possibilities it offers for career potential. One-off prizes for early gaming tournaments were common, but today, players and teams can survive through sponsorships and winnings in a way that mirrors other forms of sport.

One particularly standout example of this comes from the DOTA 2 tournament The International, which was been growing steadily over the last decade. As of 2019, the total winning for this one tournament exceeded $34.3 million, up from $25.5 million the year prior. While complications of the current year might cause a temporary dip, this general pattern of growth is expected to continue throughout the next decade in DOTA and many other eSports games.

Far from the origins of smaller tournaments held in sheds and basements, a cliché but very real thing, modern eSports have risen to international attention and acclaim. Routinely selling out purpose-built arenas, eSports is one competitive industry which is still far from reaching its peak. While it might be impossible to predict eSport’s eventually resting point, there is no question that this form of gaming is now inescapably mainstream, and only growing bigger by the year.