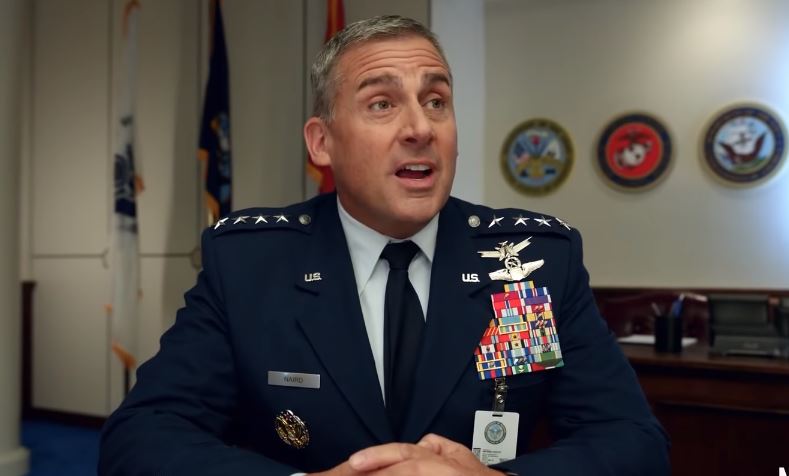 “Space Force” Releases First Trailer and Steve Carell is Funny as Ever!

Netflix’s Space Force is set to come out May 29th has released its first trailer. The show which was created after a new defense policy bill was signed creating Space Force.

Steve Carell plays Mark Naird who is tasked with the huge role of leading the initiative. He uproots his family and moves to a remote base in Colorado where he and a colorful team of scientists are tasked by the White House with achieving total space dominance.

From the trailer you can see that it is going to be a comedic and fun ride. There are a bunch of things that we can relate to as well, like when his daughter says she got suspended and his blood pressure spikes. Or trying to calm yourself down with a Beach Boys song.

While Lisa Kudrow didn’t have any speaking lines in the trailer she looks amazing. The entire cast is a rag tag team of hilarious personalities that should bring us nothing less than perfection. So tune in May 29th and let the funny in!

Are you excited to see Steve Carell in Space Force? Tell us in the comments!