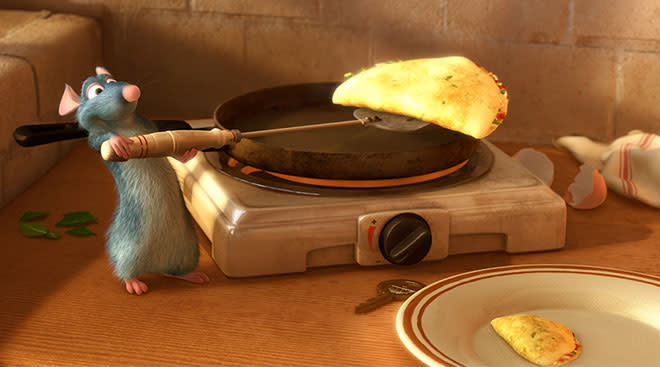 If you are looking to try some new recipes and you also happen to love Pixar films, you need to check this out. They have put up a few new videos on their YouTube of recipes that are either inspired by or are from their films. Most recently they put up one of the brothers from Onward baking a birthday cake. But they also have ones of Bao from the short about the dumpling and one of Forky making a Pizza.

Other recipes that can be found on Youtube are ones like Remy’s Poached Egg recipe. They also have ones such as Inside Out Cake. If you want to go more traditional Disney however, this playlist also has some classic characters who’ve inspired some very yummy dishes. Such as Snow White’s baked apples or Cinderella’s Pumpkin Waffles.

They have a bunch more on Disney Family’s channel that you can check out as well, though these are more inspired by than actually out of the movies. But I don’t know if you would want to eat real bugs anyway. I mean, you might? But probably not.