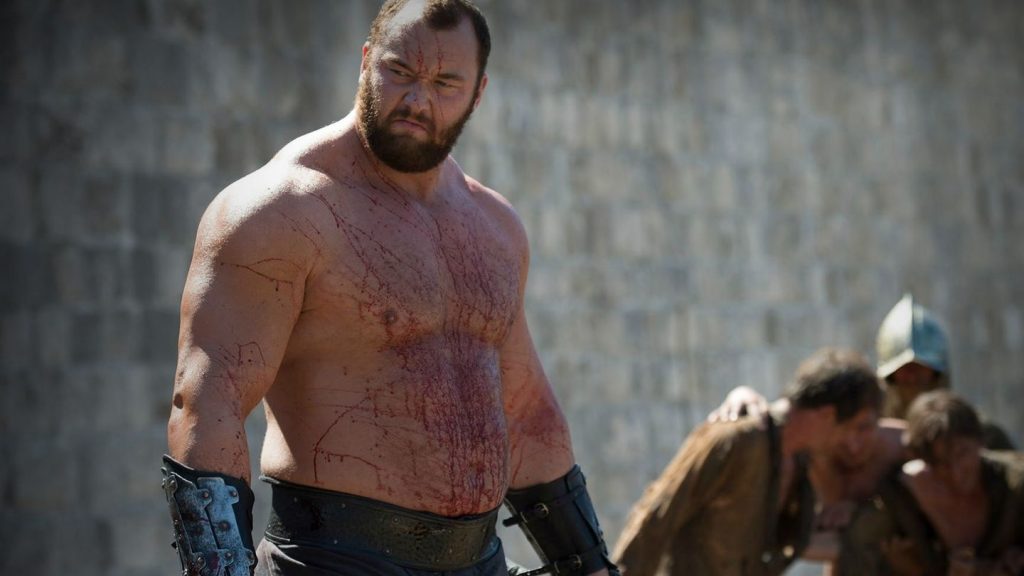 Hafthor Bjornsson, Game of Thrones’ “The Mountain” Will Attempt to Deadlift a Record 1,104 Pounds Live

We know just by looking at Hafthor Bjornsson that he’s strong. And his portrayal of “The Mountain” in Game of Thrones required a lot of heavy lifting. We were able to watch as he threw bodies and objects out of his way. But now he wants to break some records. And he’s going to do it by deadlifting 1,104 pounds live on camera.

The event will happen this Saturday live on ESPN, leading into a block of “The Ocho” programming that will highlight lesser-known sports. Bjornsson was been the “World’s Strongest Man” in 2018. In previous years he took home second place and most recently he took home the bronze.

He has expressed that he is disappointed that it will not be taking place in front of a live crowd.

“It’s going to be more of a challenge for me because I can say without a doubt that I perform 5, maybe 10 percent better in a competition — the crowd gives you that adrenaline rush that you need,” Bjornsson said. “I’m a little bit worried to do it in my gym by myself with a doctor, a referee and film crew.”

Today he put out a video that shows how much work he’s put into this feat of strength. All to get us amped to see him break this record.

He’s right. When performing in front of a crowd you do get a huge adrenaline rush. But that doesn’t mean we won’t be cheering from afar. You can watch it live Saturday on ESPN noon Eastern Time. Make sure you tune in and tweet ThorBjornsson that you’re watching! We’re sure it would mean the world to him.