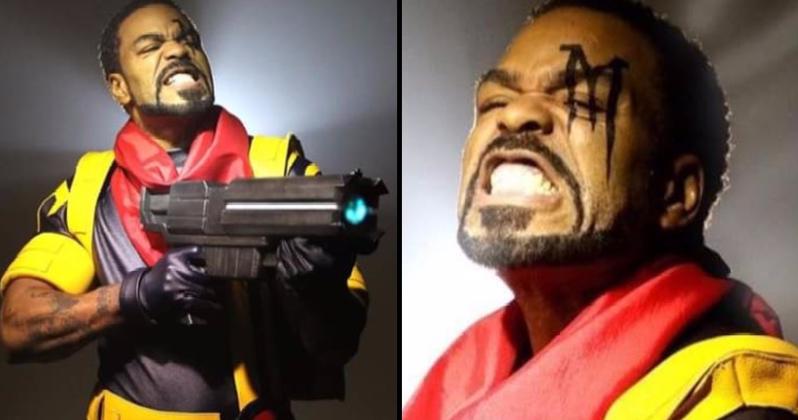 Bishop has yet to appear in the MCU but if Method Man has his way it’s going to be him. He recently tweeted some cosplay pictures of himself dressed as Bishop that got us all thinking he would be perfect for the role. And since he’s so enthusiastic about the character it’s no doubt that he would be bringing all his acting chops and insight to the part.

Method Man has worked closely with Marvel in the past and even wrote the Ghost Writer X-Mas Special comic book where he himself is a character in the book. The story is about Robbie Reyes and the Krampus. At the time he told AMC, “Surreal. I’m living the dream. That’s the best way I can put it. They asked me how much I wanted for writing the book and I think I said 50 cents or the price of the book. I didn’t cash that Marvel check. I’m going to save it and frame it and put it up on the wall.”

And he’s also worked on Marvel’s television shows. Back when Netflix made Luke Cage he had a cameo as himself in the show. He also wrote and performed the song “Bulletproof Love” on the show. That song was part of the original soundtrack and nominated for Best Original Song for a TV Show or Limited Series at the Hollywood Music in Media Awards in 2017.

Bishop has one of the biggest roles in the “Age of Apocolypse” story line and that’s what we’re hoping the MCU builds into the X-Men with. Most likely they will start with their origin storyes just like the Avengers were singular films before they had them team up. This might be what they do for phase 5 or 6. Of course we’re all wanting them to show up sooner but if it’s anything like the Avengers it could take years. And hopefully they do get Method Man to play Bishop because that would be the perfect role for him.