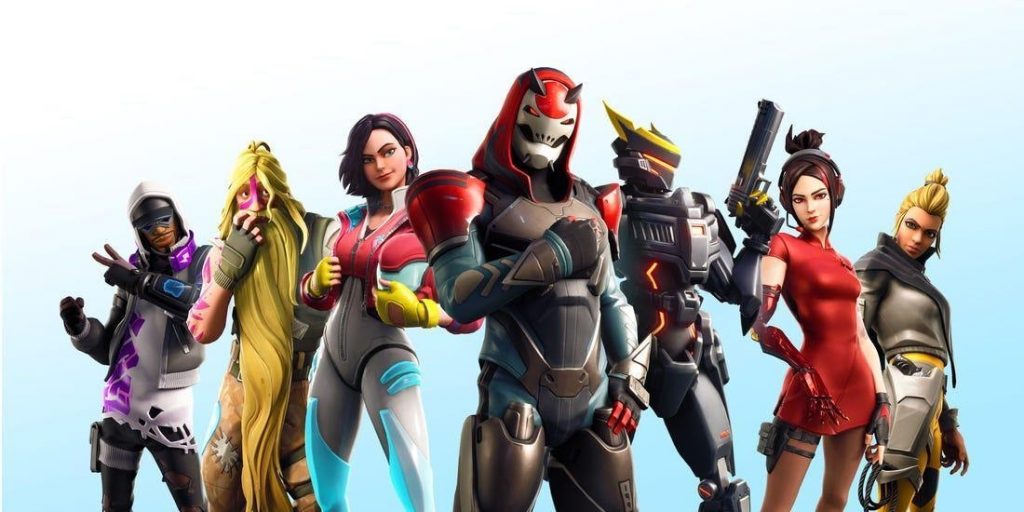 World’s Best: A Primer for Fornite

Fortnite remains as one of the most popular third-person multiplayer shooters in existence. Most of these players usually post silly videos of their play in-game (as is the general practice). Today we’ll list ten of the most skilled Fortnite players that continue to dominate the ranking charts in 2020.

1. Ninja: Ninja takes the #1 spot on this list since he is the most balanced players in the world when it comes to skill. His secret weapon is the Air58, which, despite his alias being included in the mouse he is a highly-skilled player. It’s lightweight, which lets him move around and shoot with uncanny precision. The 20+ kill streaks that he incurs with regular frequency make him seem god-like in terms of skill. If there is one flaw that sticks out when it comes to his gameplay, it’s him not being able to handle traps well.

2. Cloak: Cloak (aka cloakzy) was a captain in the FaZe clan, and regularly partnered with Tfue before their falling out from the team. On YouTube, one of his most viewed video is the “Double Shotgun is Back? 31 Kill Game”, where he scores an insane amount of kills in one match. Cloak recently showcased a video of himself scoring 52 kills in Riot Games’ upcoming multiplayer shooter Valorant, which is currently in the beta stage.

3. Tfue: Tfue’s known for his Twitch streams . His gaming setup is pretty dope, where he uses an Nvida RTI 2080 for his graphics along with another variant of Ninja’s Air58 mouse as part of his gear before using the Razer Viper Ultralight as his primary mouse. In one game where he partnered with Scoped, they won 2nd place during the Duo Cash Cup this year.

4. H1ghSky1: The youngest member to sign up with the FaZe clan at age 13, H1ghSky1 streamed regularly via his Twitch channel as far back as 2018, and was formerly one of Tfue’s teammates in FaZe’s Fortnite roster. While not as skilled as Ninja or Tfue, he still has many years ahead of him to make room for improvements in the eSports scene. H1ghsky is notorious for his ability to snipe targets on the ground and in mid-air.

5. Megga: Megga is another member of the FaZe clan and joined in May 2019 where he came across Cloak and eventually became his partner. His oldest Fortnite video to date goes back to February 2018, where it showcases his shooting skills and made a kid think he was using an aimbot during a match (fun fact: he wasn’t).

6. Sway: Sway joined the FaZe clan on March 2019. Like his father and brother, he played video games on a regular basis and became an eSports pro on COD. Instead of using a mouse, he moves with his character using the Dual Shock Controller on the PlayStation 4. Along with gameplay videos, he hosts numerous tutorials teaching players how to play Fortnite, He may have an uninspiring appearance, but his skill when it comes to Fortnite is undeniable.

7. Jarvis: No, this is not Jarvis from Iron Man; this Jarvis is a young Fortnite player based out of the United Kingdom. He is characterized by his unruly hairstyle. Initially he was banned permanently by Riot Games for utilizing aimbots to help give him perfect aim with every shot. One video shows him flying via a glider where he makes a headshot with his sniper in mid-air before he hits the deck, along with another video where he snipes an airplane out of the sky while his former teammates from FaZe reacts in amazement. These two feats alone makes him worthy to be included on the list, and different players from his previous team can attest to his finesse.

8. Dubs: Dubs is another young member of the FaZe who was caught saying the N word on one of his Twitch streams. Slurs aside, Dubs pulled off some neat tricks whenever he played Fortnite. His favorite weapons are the shotgun and grenade launcher, where he scored multiple kills on a regular basis. While not as proficient as Jarvis when it comes to the sniper rifle, he got off some pretty impressive headshots in-game which helped put his team in the lead.

9. Cissorz: Although he is a private individual, Cissorz is known for helping out new players in Fortnite who have never earned a Victory Royale, the most coveted form of victory in the game. Of all the members of the FaZe clan, he is perhaps the most personable, due to his interaction with fans via playing custom games with them. He started his YouTube career with Call of Duty: Black Ops back in 2011 before moving on to Modern Warfare 3 and breaking records in Black Ops 3. One of his most famous videos is Death Run, where he navigates through layers upon layers of traps laid out throughout large maps without dying.

10. Thiefs: Thiefs is another streamer within the FaZe clan that joined at a young age like the other newcomers during the mid-2010s. He gained notoriety within Fortnite. When not playing with the team he streams content regularly via his Twitch and YouTube channels, where he spends three to eight hours a day showcasing his gameplay style.

Although he is not included in this list, Bugha gets an honorable mention as being the youngest player within the Fortnite franchise to win any money prize. Last year in the Fortnite World Cup, he won $3 million dollars, the largest amount out of the $30 million prize pool from the championship finals. All of the players mentioned on this listing continue to make their marks in the online and face-to-face professional e-Sports, inspiring a new movement that places e-Sports to become even more respected as traditional sports.