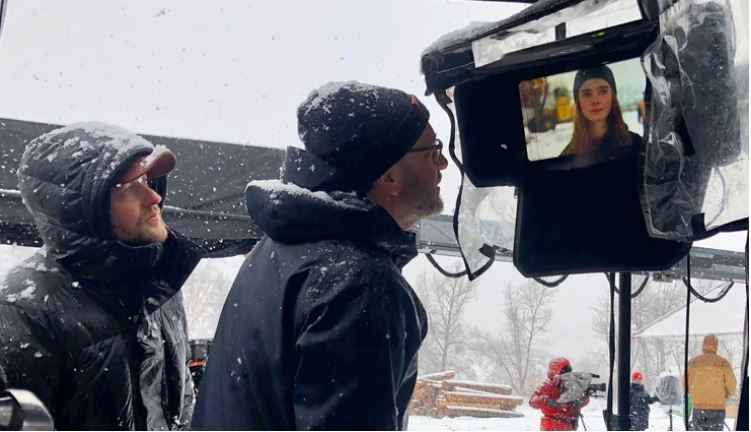 ‘Jurassic World 3’ Behind the Scenes Photo Teases Dinosaurs in Snow

Colin Trevorrow recently shared a behind the scenes image from the upcoming Jurassic Park: Dominion which tells us that we might get to see dinosaurs in snow! He’s recently been working on the film from home as productions are shut down due to Covid-19.

This latest film is meant to wrap up the Jurassic World trilogy. Even more exciting is that it will be bringing back the original cast Sam Neill, Jeff Goldblum, and Laura Dern in their roles as Alan Grant, Ian Malcolm, and Ellie Sattler. Even though technically this is Goldblum’s second appearance in the Jurassic World films that just makes it even better. Because who can ever get enough Goldblum?

If they do show dinosaurs in snow this would be the first time. The worry for the humans is that with the difficult conditions for the dinosaurs, since carnivores are warm blooded and herbivores are cold blooded they are going to be even more on the hunt for something warm to eat.

This could also introduce dinosaurs that we have never seen before. There was a discovery of a dinosaur called Ugrunaaluk kuukpikensis which likely experienced dark winters and snow. It was a duck-billed dinosaur that was discovered high up in the Arctic. Scientists still haven’t figured out how it adapted to live in such a cold and unforgiving climate.

Jurassic World 3 is going to be released June 11, 2021 if things go well for the film. It’s possible that with coronavirus halting productions that it may postpone the release date in the future. But as of today the premiere still stands.