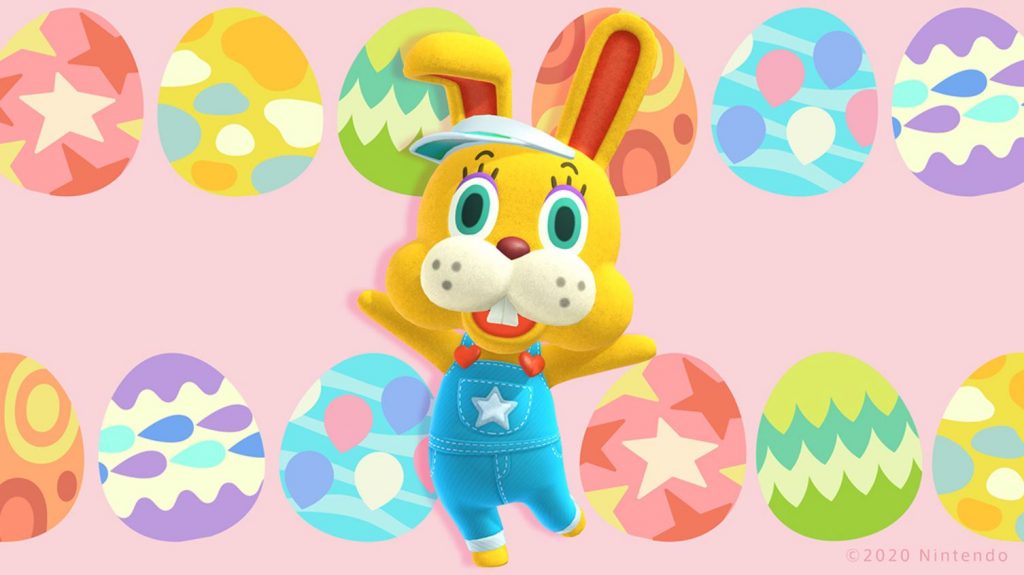 If you’ve been one of the many who have picked up Animal Crossing: New Horizons then you know “Bunny Day” celebrations are happening. The news hopped in via a character named Zipper who despite having a zipper on his back says that the terrifying appearance is NOT a costume. It’s all pretty suspect but the problem is now that instead of catching tons of Sea Bass(it’s at least a C+) players are now inundated with eggs. In the sky, the sea, the trees, the ground, the rocks… everywhere.

Many players are going mildly insane. While the new patch did allow for some new bugs and fish to be included for the most part we are being bombarded with finding eggs. And to be honest, I’m at least a bit sick of it. When I try to take a nap but can only dream of finding eggs, it’s becoming too much. And it’s not so much the eggs that are bothersome, but the feeling of intrusion. Who invited Zipper onto my island? And how do we politely say no thank you.

It’s also kind of weird that we are experiencing an in game holiday when the world seems to have stopped due to covid-19. So while it’s kind of nice to be reminded of the passing of time, it’s also a little depressing.

Luckily the event will only run to April 12th and after that it should go back to catching good old fashioned Sea Bass.