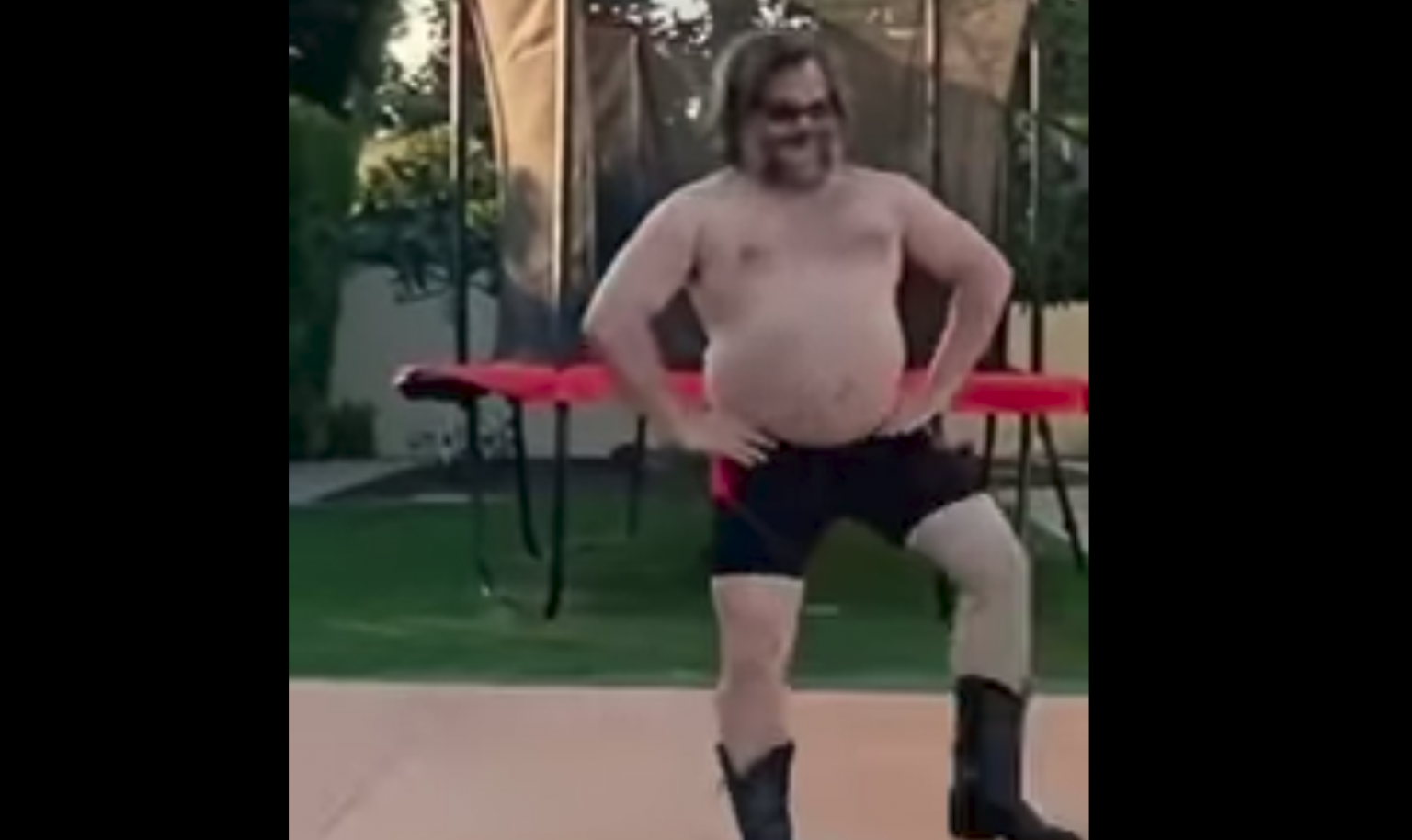 Jack Black who is never less than pure delight decided to share a video of himself dancing to the on of the only songs to ever hit 1 billion on YouTube. A-ha’s Take on Me is one of the most iconic songs with a beat you can try not to dance to, but you won’t win. I didn’t think that something so minor could cheer me up but as soon as I came across the video of him dancing and losing his hat I knew I had to share.

Jack Black has always been at the center of comedy performances and he’s just a goofy kind of guy. He is always in goof mode whenever we see him and even has a gaming channel on YouTube called Jablinski. He runs it with his son and they make all kinds of cool videos together.

One thing that is cool is that he’s got an awesome skate set up in his backyard he’s dancing on. Best part of the video is when he looses his hat. Anyway just thought you would enjoy seeing some silly shenanigans while your all cooped up. Stay home and stay safe!