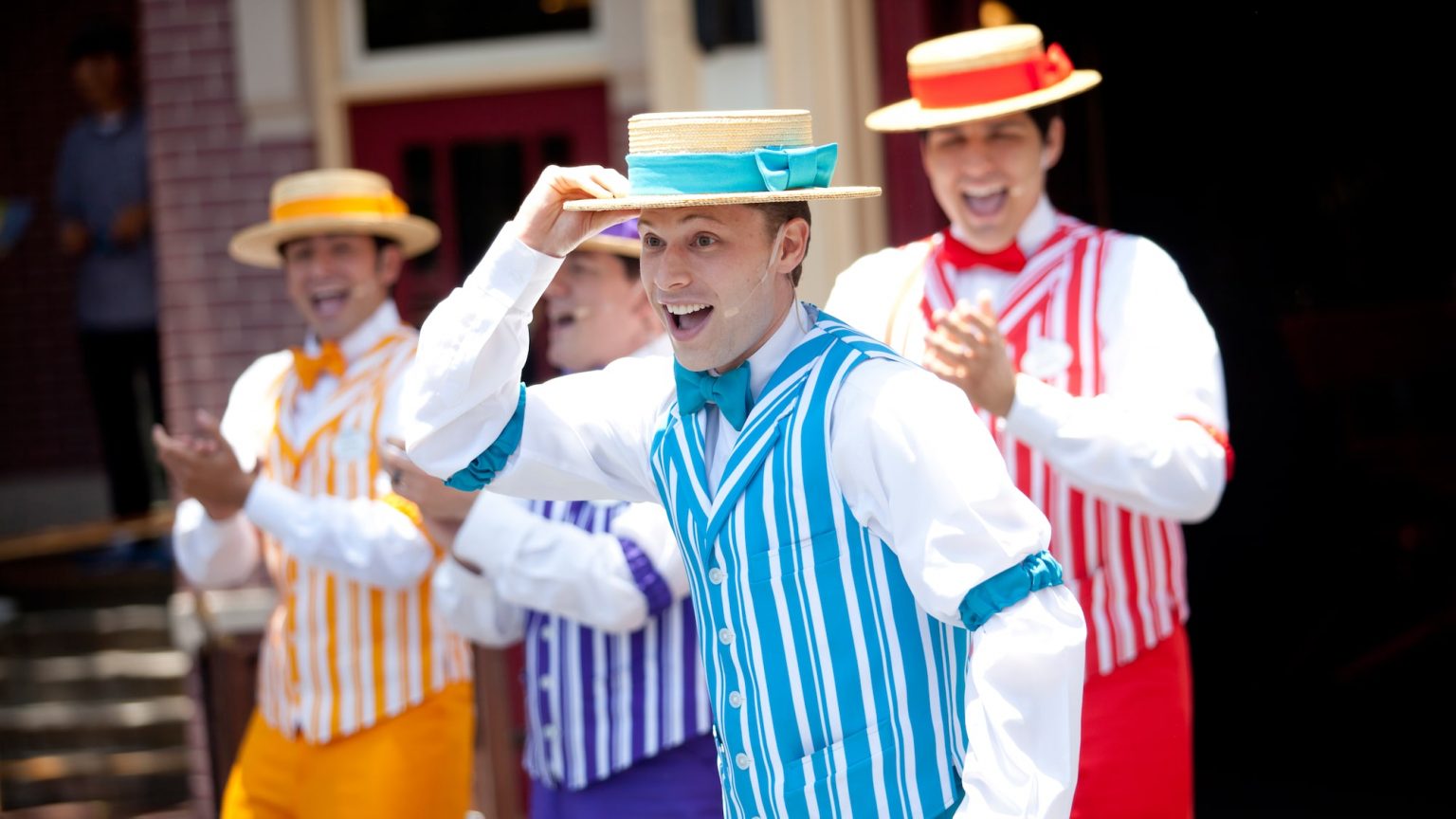 If you are like me and are a die hard Disney fan, having the park has been a pretty big bummer. It might be hard for people to understand, but Disneyland represents the ultimate place of escape, where you can sit back and forget about the outside world for awhile. It can be cynical to think about the high costs and traffic, but if you go at the right time, it can feel like you’re in a place outside of time and stress. So to have both Disneyland and World closed for the foreseeable future can add a level of anxiety in an already trying time. The park pretty much never closes except in extreme emergencies, and even then never longer than a day. Its a stark reminder of what is going on in both California and Florida and that things are definitely not OK.

Thankfully, the cast members at Disney are trying to mitigate some of that stress by offering reminders of what makes the parks great. One of the constant things you will see on Main Street are the Dapper Dans musical troupe. Their performances help recreate the throwback atmosphere of early 20th century America, and the park simply wouldn’t be the same without them. In order to help try to recreate that magic, the Disney Parks YouTube channel released a video of the Dapper Dans singing from their respective homes. Normally, you would only see four performers at a time while at the park. However, this video features over a dozen of the Dans harmonizing a few of their classic tunes.

With all of these guys unable to work or perform, it is heartwarming to see them perform simply because they enjoy doing it. It speaks to how many cast members work for Disney simply cause they love doing it and getting to be a part of the legacy. This sentiment can be seen in the comments on the YouTube page where many former and current cast members throw out their support and share memories of their time working at Disneyland. The video can be a way to help evoke Disneyland’s ability to forget about the world and feel like a kid again, if only for a moment. We sure could use that escapism right about now.