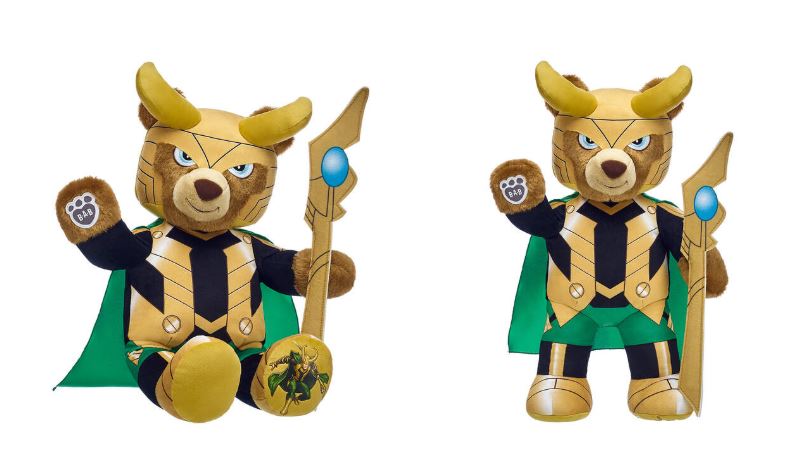 Embrace the Chaos with Loki Plush from Build A Bear

In these trying times, we all need something to hold onto. What better way to embrace the chaos than with a cuddly Loki from Build-A-Bear? The new online exclusive comes pre-stuffed, dressed, and wearing his famous (or infamous) horned helmet (built-in). He also has his characteristic green-and-gold outfit and cape and carries his scepter bearing the Mind stone infinity gem. One paw pad features a Loki graphic from the Marvel comics. And what is that look in his blue eyes, is he plotting something nefarious or just planning to steal your heart?

The 17-inch Loki Bear is $40 and comes dressed and with his staff accessory, but if you feel like changing things up you could maybe dress him in a Captain America costume (like Loki did in the movies) or give him an ironic Hulk Smash T-shirt.

This isn’t the first MCU villain from Build-A-Bear, as they previously had a Thanos Bear. If you are more of an X-men fan, Phoenix and Wolverine Bears are available.

So check out the latest Loki from Build-A-Bear here