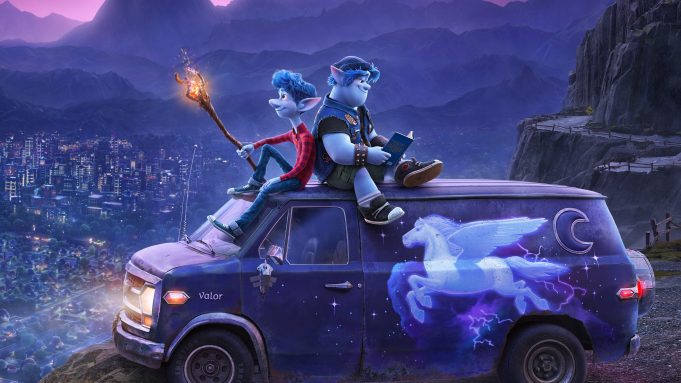 In a move that’s surely because of all of the theater shut downs due to coronavirus, Disney has decided to put their latest film Onward onto their streaming platform starting April 3rd. If you want to watch it before that however they will have it available for purchase on demand starting tonight(March 20th) at 8pm Eastern time. This now proves that Disney is willing and able to adapt to the situation but what will it mean for their other upcoming films.

Since they have already told us that Black Widow will no longer have a May release date and may be pushed back we can only assume that they will keep some of their theatrical releases to just that. Theaters. And hopefully that will also help the theaters recover the losses that they are sure to be experiencing with all of the shut downs.

Onward is about two teenage elf brothers, Ian and Barley Lightfoot, go on an journey to discover if there is still a little magic left out there in order to spend one last day with their father, who died when they were too young to remember him. It’s a Pixar film so it’s sure to push your buttons when it comes to emotional responses. But now we can decide it it’s one of their stronger Pixar films or one that doesn’t quite make the cut after all.

Onward was only doing OK at the box office before this hit. And that was probably due to the word that COVID-19 was going around when it came out in theaters March 6th. It’s unfortunate timing for the film seeing as how proud Chris Pratt and Tom Holland were of it when they were doing the press tour for it. If anything this movie bonded them more as friends than they had before with each one playing their own character in the MCU. But for now Disney must be willing to cut some losses and just release it to make the fans happy. I know I’ll probably be streaming it tonight instead of waiting for April 3rd. Only because I’m running out of ideas to entertain the kid.