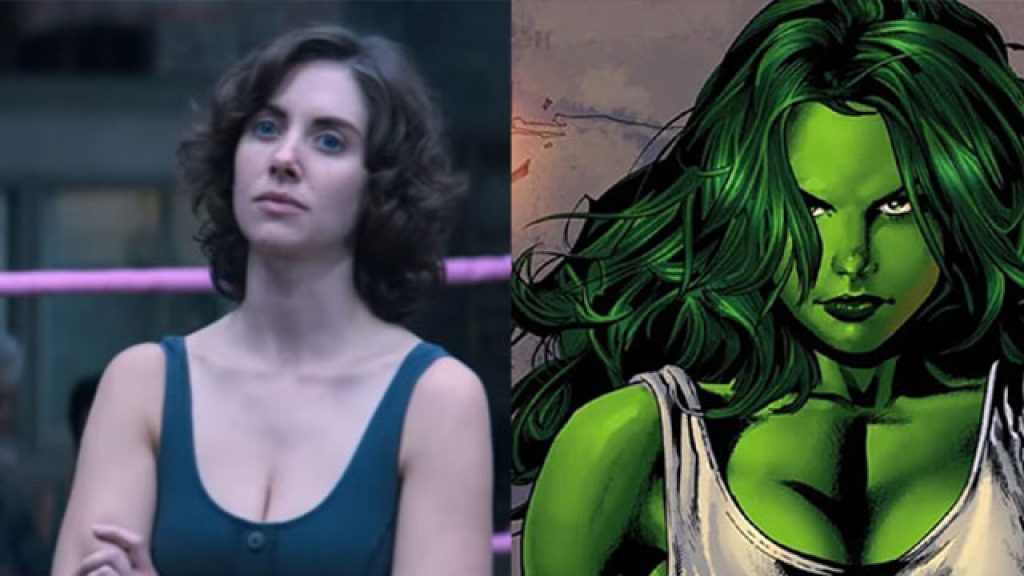 Something that we know is coming but don’t yet have a date or a star for is She Hulk. Jennifer Walters/She-Hulk has been missing from the MCU and this casting for Disney+ could very well carry over into the cinematic universe. So it would make sense that we would want someone likeable, someone like Alison Brie. She recently made an appearance on the Late Late Show With James Corden where she talked about the rumors.

Corden says, “You have been trending on twitter this week. I don’t know if people saw this but this is what happened on twitter. Disney put out like a casting call or a press release, saying they were looking for actresses to be cast in things. They were looking for an Alison Brie type to play She-Hulk in the Marvel She-Hulk.”

She was very graceful in her response when talking about the rumor and how it felt to have her own type of casting.

“I didn’t really realize it was such a trending thing, but I woke up to a lot of Instagram posts of side-by-side pictures of me and She-Hulk, which I just thought, “cool.” And then that quote about an “Alison Brie-type,” which honestly, I found very exciting. Because for years I’ve auditioned for the “Anne Hathaway-type” or the “Zooey Deschanel-type.” I was like very flattered to be my own type for somebody else.” said Brie

She goes on to say she made some phone calls but wouldn’t talk about it right now. When asked flat out if she would play She-Hulk she said, “I find it interesting.” Which means that maybe she is in talks but can’t confirm anything.

How the Rumor Started

Fans have shipped her with the role due to her involvement with the Netflix series GLOW which has her in the ring and wrestling. It shows that she is not only the perfect body type but can also do her own stunts which would be a much needed characteristic of anyone they cast. The fan casting got started in at reddit thread and grew from there.

Alison Brie went from a star on Community to playing a Russian persona called “Zoya the Destroyer” for GLOW. That show has shown us how much she can develop for a role and really shows the amount of dedication she puts into her work. We would be lucky if Disney/Marvel could cast Alison Brie to play the role of She-Hulk. And it’s not like fan castings haven’t happened before. Just look at Benedict Cumberbatch as Doctor Strange!

Who would be your pick for She-Hulk? Tell us in the comments!