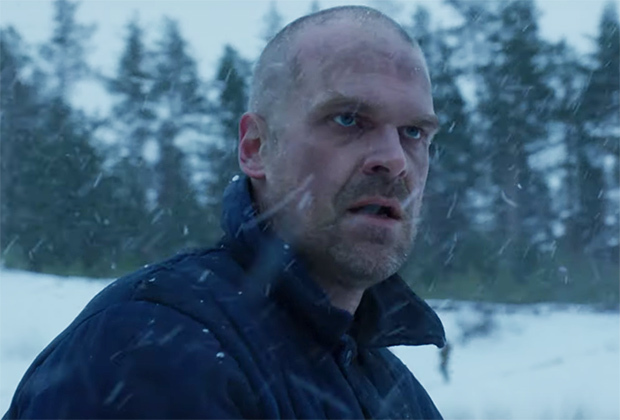 David Hopper is shown in the new trailer for Stranger Things, working on some type of railroad. Mysterious chanting and an ominous vibe litters this trailer with a feeling that something big is about to go down. Check out the trailer down below.

With the trailer literally being called “From Russia with love” we can surmise that Hopper is in Russia. It also appears that he is in some kind of labor camp. As far as a plot for the season, we don’t have much to go on.

Season 4 is due to come out sometime this year. Last year season 3 came out July 4th but this year they are planning to film the season from now til August. The snow in the teaser certainly makes it feel like this could be a winter release, and if that’s the case we’re going to have to wait.

What did you think of the trailer? Tell us in the comments!