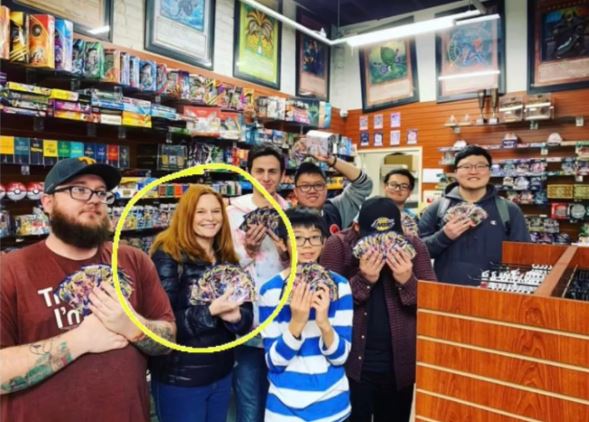 Pokemon TCG is for everyone, no matter your age it only matters how you play and how you strategize. Whether you are a seasoned veteran for the first time the card game dropped or if you picked it up the night before. It’s an even level battle ground and Pamela Director has just proven that even though you may have picked up the game hours before you can still place top 8 in a local tournament.

Her daughter Caroline took to social media to talk about the experience she had with her mother. It turns out she had taught her mother how to play the game that morning because well, her mother was interested. And they both entered the same competition and it turns out she even beat her own daughter.

According to Pamela she has no intention of stopping. It seems that both Pamela and her daughter Caroline have received invitations to the Charlotte regional championships taking place this March. and if she can repeat her success from this current tournament here in Pasadena an earned some championship points she just may qualify for the Pokemon TCG World Championship. Pamela already has a small following, people have already started making fanart of her and even campaigning to get her enough points to Worlds

Afterwords Pam got emotional reading the supporting tweets from the community.

Congrats Pam! I hope you make it to worlds, that would be so incredible!

The Office Adult Coloring Book Is Here For Hours Of Fun

Take Your Little One On An Adventure With Zelda Baby Accessories