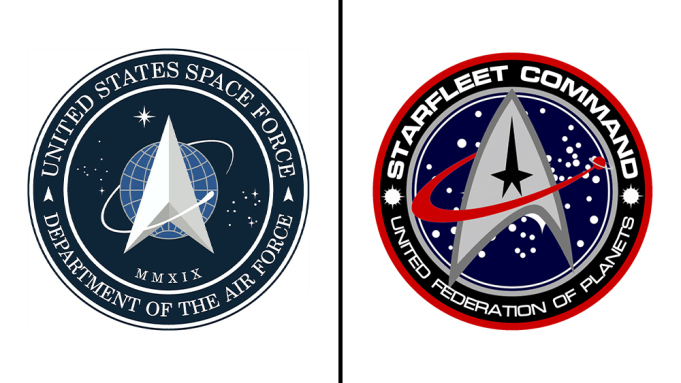 Trump unveiled the new seal for his Space Force last week which was very similar to Starfleet’s logo from Star Trek. It’s almost identical to the one used in the show which makes it hard to take seriously. Sure I would want to join the real life Starfleet, but I don’t know about Space Force. Especially if they just borrowed off the design to one of my favorite shows.

Then again, Star Trek did copy the initial Air Force Space Command, so tit for tat I suppose.

Space Force has been highly debated as we have many other issues in this country that would seemingly need to come first before we venture out into space. But the thinking here I guess is that we’re just going to destroy the Earth and move onto another planet. Or at least it seems that way with him rolling back some very important climate change measures.

An ‘Anaconda’ Remake Is In The Works