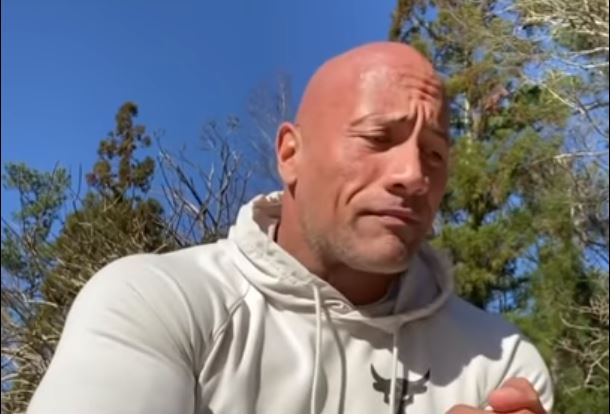 The Rock Shares Emotional Video About His Fathers Death

Dwayne Johnson shared an emotional video talking about his father’s passing. He says that he has read as many of our letters as he could and that he is very grateful for the fans. He keeps an attitude of acceptance throughout the video even though he is struggling personally with his dad’s death. He’s a great example of how to gracefully handle tragedy. You can watch the video down below.

He goes on to reveal exactly what happened with his dad. His father had not been feeling well when a blood clot broke free and traveled to his lung. The blood clot caused a major heart attack and he passed fast. His main question was if it was painful for him and the coroner told him that it was not. He went quickly.

He pleads for us to hug our loved ones while they are here and tell them exactly how you feel. When dealing with grief one of the biggest regrets that you can have is that you didn’t reach out enough. It’s still a struggle that I go through today knowing that I should have been there more for my grandmother. But that’s all part of being an adult, realizing you had missed opportunities. But Dwayne says that it’s part of life.

The good the bad and the great. So you have to go on and just do the best you can. Let’s all take a lesson from this video and call or text who is important to us. Thank you Mr. Johnson for being so honest about what is happening with you and being a leading example to the youth that look up to you.