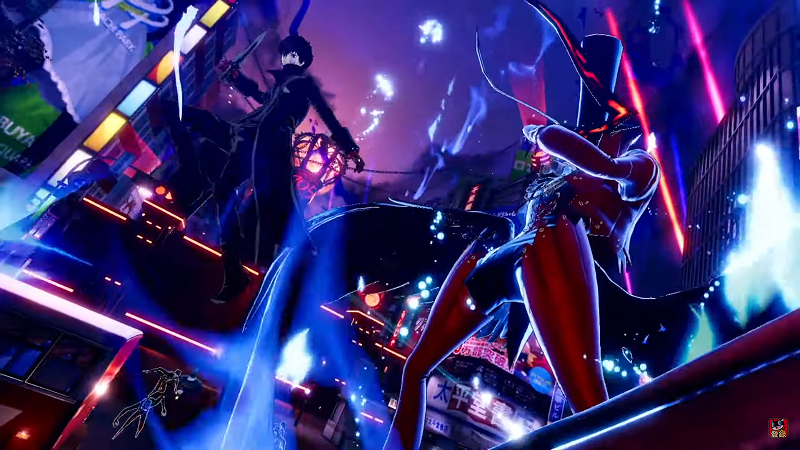 The game promises the hyper-stylized art style we have all come to love, alongside fast-paced action. While Persona 5 Scramble is officially labeled a spin-off, the game offers a complex narrative large enough for it to be a standalone title. The new trailer shows off some of the various adventures the Phantom Thieves will experience across the game. New characters, such as the red head Sophia, promise to add a new dynamic to the familiar squad of teenagers. Additionally, we get to see the Phantom Thieves interact with their Personas in new ways.

The game offers a combat system comparable at its core to a hack-and-slash. Like everything though, the Phantom Thieves have to make things stylish. The trailer shows off some tag team abilities, Persona abilities, and even some new ways of traversing the world. Joker can snowboard, while Makoto can ride her Persona motorbike through areas. Stealth mechanics and strategizing around enemy resistances give the game depth and make it more challenging than a simple button mash.

You can check out the full trailer below. As of now, there is no official word on if the title will see an American release. Knowing how popular the Phantom Thieves are though, it is surely a matter of time.