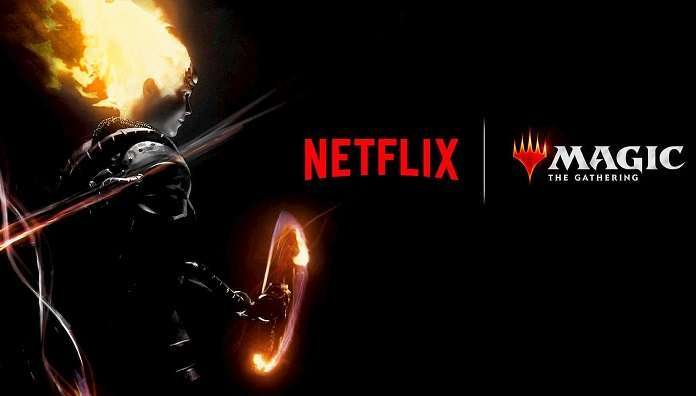 Netflix Adds Placeholder for ‘Magic: The Gathering’ & A Plot Tease

Netflix has started to get even more hardcore with their push of content by adding a new feature for upcoming shows. You are now able to view placeholders for upcoming releases and there is a “remind me” option that you can opt into.

Magic: The Gathering has a series description as follows:

Planeswalkers are magic users, wizards that can travel across planes of existence. This show is supposed to start out the series as an anime with an option for a potential live-action series to come later. According to a quote from Comicbook.com we can expect to see it centered around Jace and Chandra.

“Joe Russo talks about Magic the Gathering. I It will be an animated series to start with Netflix with potential for live-action. Joe says fans of Jace and Chandra will be excited.”

While the premiere for the series isn’t listed until 2021 we are all very excited to see whether or not this collaboration between Netflix and Wizards of the Coast will prove fruitful. Magic: The Gathering has been a popular card game for the past 30 years and if they can create a popular show then they will be able to continue its popularity for many more years. Converting younger generations into players of the future.

Magic: The Gathering is set to come out sometime in 2021.

Couple Opts for Wedding Pizza Instead of Cake

“Jesus Shoes” With Holy Water Selling for Thousands of Dollars