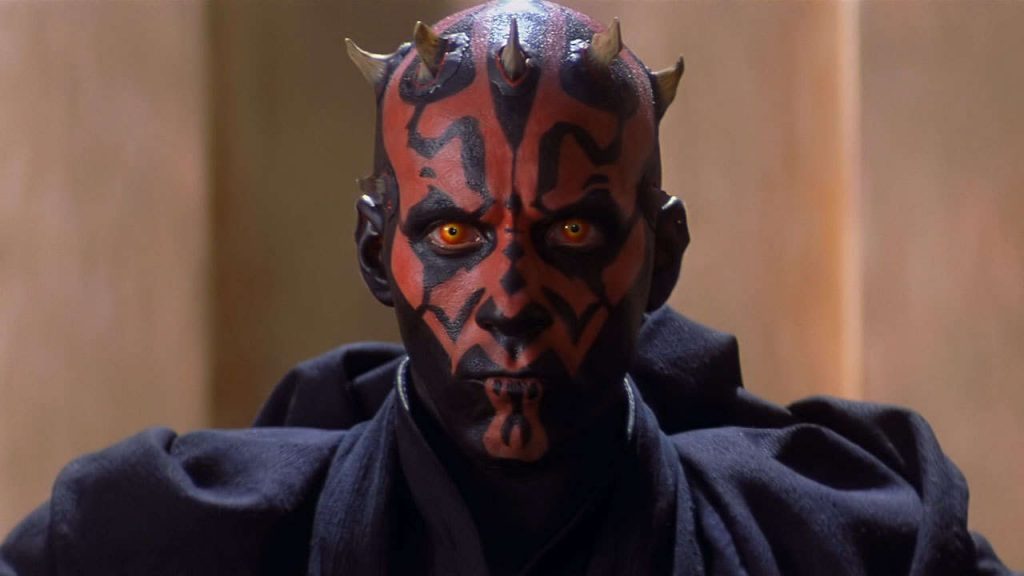 One of the biggest moments out of the hit Disney+ show The Mandalorian was when villain Moff Gideon revealed that he had the legendary dark saber. The fabled weapon was immediately recognizable to anyone who followed the animated Star Wars Clone Wars and Rebels series. The saber is important for the Mandalorians as it belonged to the first of their kind to have become a Jedi. Since then, it changed hands between several villians as the Mandalorians became oppressed by multiple forces. One of the more notable wielders was Darth Maul, who held on into it during the Clone Wars.

Well now that we know that season 2 of The Mandalorian is on the way, a couple notable posts have come from the actors who have played Darth Maul over the years. Both Ray Park and Sam Witwer hinted at a desire to have Maul reclaim the dark saber. Park was a little more subtle in his Instagram post, where he took a picture of himself back in the famous makeup.

Sam Witwer, who voiced Maul during his time with the saber, was much more direct in his desires. In a twitter post, he made it clear that he is not happy to see the dark saber being held by Gideon.

The timing of these posts are a little suspect. Are we seeing initial teases of the return of Darth Maul in The Mandalorian? The character has already been seen as alive in the stand alone Solo last year. In the film, Park played the physical role while Witwer was the voice. So it would not be out of the question for both guys to team up and demand their return. Given the huge success of the series, it would make for an amazing moment for Maul to be a presence in The Mandalorian. Even a flashback or cameo would be epic and provide a huge moment for the show. Hopefully we will get some clarification over the year as we all wait anxiously for season 2.