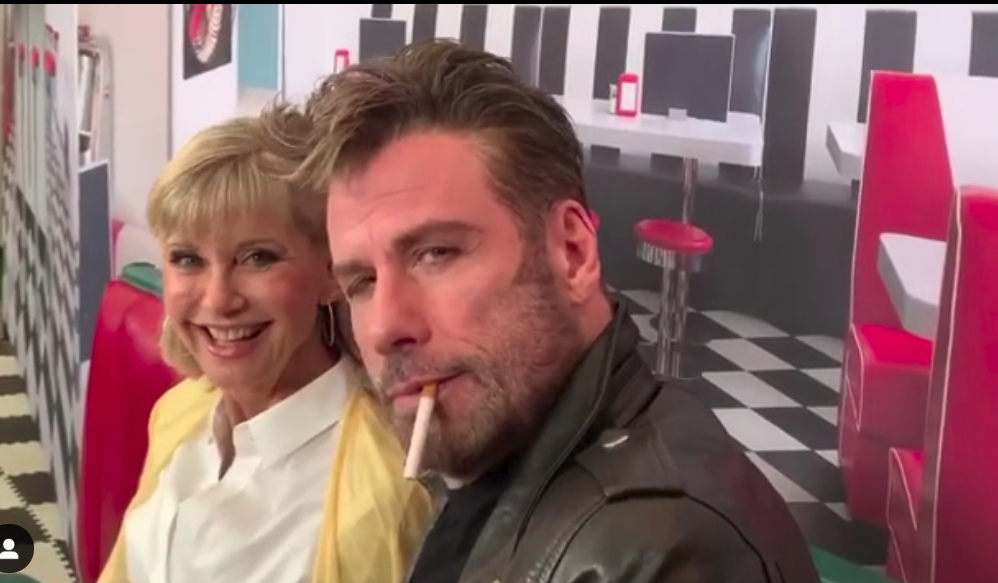 Grease is the word

It’s got groove
It’s got feeling

You didn’t just say that in your head did you? Yeah you sang it and you’re my new friend. This timeless movie is still going strong and has such a strong fan base. I know of a few people back in my high school that based their wardrobe around the Thunderbirds. And I’m willing to bet that a few of you have wanted to race down Thunder Road. Heck I even went to the place it was filmed and got a little emotional (LA 6th St Viaduct)

In West Palm Beach Florida Olivia Newton-John and John Travolta donned their iconic looks and headed towards Meet n’ Grease sing-along event. Where the stars hosted three showings of Grease and after the showing there was a Q&A session. Before the event it was encouraged that the audience dress up for the event.

After the showing Olivia excused herself to change into Sandy the so called ‘Bad-girl’ look.

The leather jacket she wore during the finale of the movie was auctioned off for a staggering $243k. Which will go towards the Olivia Newton-John Cancer Wellness and Research Center she founded when she was diagnosed with cancer back in 2013 where she beat the cancer, but sadly it came back in 2017 and has since spread to her bones.

Grease will continue to delight future generations. At the event it was truly a nostalgic feeling seeing the both of them together once again. Truly living up to the moment of