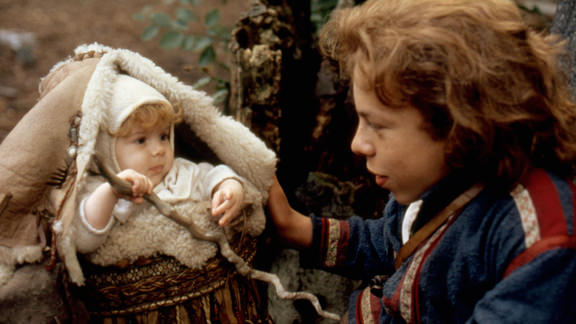 Big news of Willow has just broken. Lucasfilm is working with Disney+ to make a Willow series. Sure we first got wind of it earlier this year and it was supposedly going to be one of the BIG titles for Disney+ when it was set to launch. But Disney+ launched, and there was no Willow series. What’s even more exciting is that Jon Kasdan and Ron Howard are going to be working on this project!

It was reported on back in May of this year but the news resurfaced after an interview with Jonathan Kasden appeared in the Los Angeles Times. According to them, ‘The possibilities extend beyond “Star Wars.” “Solo” co-writer Jonathan Kasdan has completed a pilot script for a series based on the cult classic “Willow.”’

There is one film I will always turn to when I have nothing to watch. One film that will always carry a special place in my heart. One that still to this day leaves me feeling enchanted and happy. That movie is Willow.

It’s one of the not so famous movies of Lucasfilm because when you hear Lucasfilm I bet my Starbucks stars that no one thinks of Willow. And that’s okay! Because it gives me a chance to tell people how much I love this movie. Will Val Kilmer return along with Warwick Davis? I truly hope so.