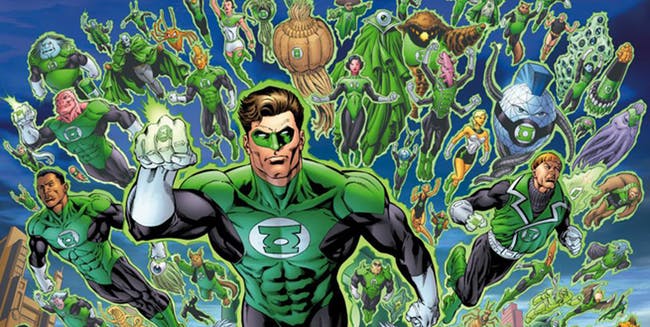 After going quiet for a good long while, a report from Variety confirms that the Green Lantern Corps movie is not only still in the works, but that the script will be complete by the end of this year. Penned by Geoff Johns he is taking his time with this one so that it’s right and not rushed. Many fans are excited to see the other Green Lanterns come to the big screen.

According to the report the script is going to be shopped to J.J. Abrams and Bad Robot. They are hoping that they will produce the film. It is speculated that Greg Berlanti will work along side him for the film. Berlanti who is known for working on Arrowverse is also working alongside Johns on the HBO Max television series.

Speaking with Comicbook.com about the project Johns said, “I’ve started I just can’t really talk…it’s just too early. The truth is I really want to write a great script and get the script right and then we’ll talk more about it once we get really going. Because we talk about development all the time and people like, development gets out there and leaks and this is really something again like Stargirl is very personal to me.”

“I want to make sure I write the best script I can possibly write, so I need to go away in a cave and write that script and finish it and then come out and go ‘okay’ and work with the guys and really make sure we’ve got the best story to tell and the best way into this character. I think we have a lot of things in it that…people know my run from Green Lantern and so they shouldn’t be too surprised by seeing what we bring into it.”

This comes as surprising news since the last iteration of Green Lantern we had on the big screen was 2015’s Ryan Reynolds version which did substantially less at the box office than projected. It brought in a total of $219 Million. When you compare it to the many $1 Billion dollar super hero films out now that hurts even more. But perhaps it wasn’t the right time for a Green Lantern film. Whatever the case it seems they have a working formula and this next film will be much better than the first.