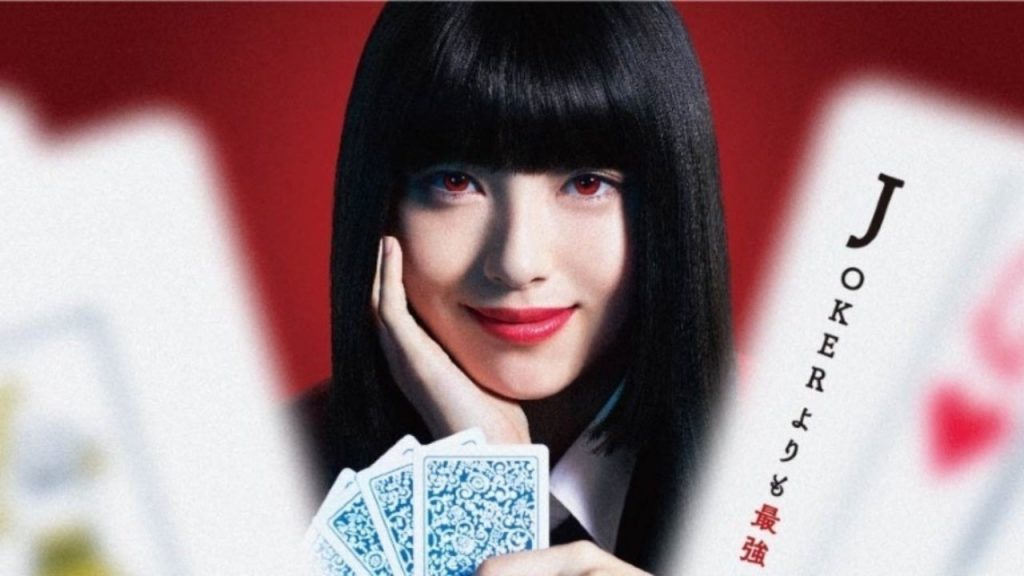 Fans of anime and the manga-series Square Enix will have been delighted to hear the news that a full-length film was in the offing and Kakegurui definitely doesn’t disappoint. However, if you aren’t familiar with the preceding Netflix series, it won’t affect your enjoyment of this thoroughly absorbing movie.

It is set in the Hyakkaou Private Academy, where there is only one subject on the curriculum…high-stakes gambling! It does take some imagination to envisage a school which operates this policy, however this is all part of the enjoyment. Kakegurui doesn’t take itself too seriously and there are several moments which hit the comedic spot.

Gambling is at the centre of this film although the narrative also throws up a number of societal metaphors. Even if you don’t have previous knowledge of Hayato Kawai’s previous work, this movie will appeal to anyone who occasionally enjoys the thrill of high-stakes play. Online betting sites now allow us to enjoy poker, slots and sports betting from the comfort of our own home, but this kind of leisurely wagering pales into insignificance compared to the kind of pressure that the students face at the Academy.

Powerful female characters are at the centre of this film and the plot largely focuses on newcomer Yumeko Jubami, who is superbly played by Minami Hamabe. She makes it her ambition to reach the top and overthrow Kirari Momobami, who is the highly influential and all-powerful student council president. She’s a pro-gambler who takes the academy by storm whilst also causing a divide in the camp. Yumeko is a very believable character, who has viewers rooting for her throughout this movie. The female actors largely outshine their male counterparts with Minami Hamabe putting in yet another star performance.

Some of the game-play scenes could perhaps be a little shorter, although there are plenty of other moments throughout the 120 minutes which more than make up for this.

The film also subtlety weaves in a number of metaphors throughout the film with the risk/reward narrative one of the most blatant. Kakegurui shows that powerful figures in society are not completely untouchable and that there will always be winners and losers in every walk of life. The hierarchy at the school is fairly unforgiving and the fact that defeated students potentially face a lifetime of debt if they aren’t successful is a stark reminder of the harsh realities that occasionally befall the human race. However, the majority of these messages are positive and there is a largely upbeat tone running throughout this film.

Kakegurui stretches reality at times, but fans of this genre are unlikely to care. It has all of the hallmarks of a terrific manga-film and there are many subtle nuances which will undoubtedly please devotees of this style. Those who aren’t familiar with other manga productions or the preceding anime series needn’t worry as this is a superb standalone piece which offers viewers the chance to step into the world of the pleasingly-surreal Hyakkaou Private Academy for at least a couple of hours.