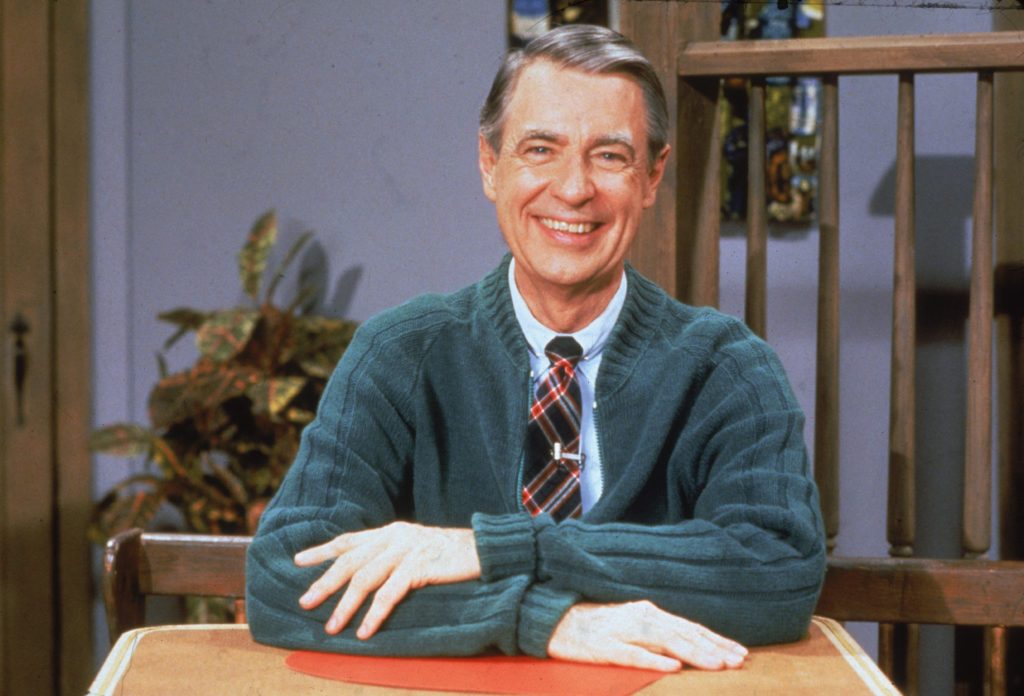 Time to dust off the sweaters…

No, not because the Mid-West is seeing the first snowfall of this upcoming winter season or because they’re outright fashionable. Actually there’s another reason to rock your favorite cardigan around the office…

Today, November 13th, is World Kindness Day. Just like Batman Day, Taco Day, or Godzilla Day, there’s supposed to be some type of action taken or homage made to what or whom is being honored during this twenty-four hour period. Now while I believe kindness should be emphasized at all times, but here in America we have only one day where decency is openly encouraged.

Now since we already have a kindness observance day on calendar WQED In Pittsburgh decided to take things up a notch with a Mister Rogers twist.

WQED (the station that first aired Mister Rogers’ Neighborhood) has invited people to participate “Cardigan Day” which I would call World Kindness Day adjacent, by simply dressing up in your favorite Mister Rogers inspired sweater, take a picture of yourself (you were going to anyway), share said photo (you were going to anyway), and hashtag the pic with #CardiganDay and WQED will also share your photo in what I’m guessing is an attempt to spread the word about kindness?

And has there ever been more of a definitive image of kindness than Mister Fred Rogers? Didn’t think so. I’m sure with the release of A Beautiful Day In The Neighborhood starring Tom Hanks coming up soon, this Internet event will grab someone’s attention. Whether that translates into a rise in acts of kindness is another story.

If you live in the Pittsburgh area where WQED is located, you’ll actually be able to drop by their station today from 8:00 am until 2:00 pm where as TribLive.com reported they’ll be serving drinks and doing activities focused on being nicer to people. WQED will also display “Mister Rogers: Just The Way You Are,” which is a mixed-media portrait by artist Wayne Bezinka that will be there until December 19th.

And if you do live in the Pittsburgh area, or just about anywhere in the Mid-West, you are going to need a sweater today… stupid snow.

Who is already wearing their Mr. Rogers sweater? Let Nerdbot know in the comments!!