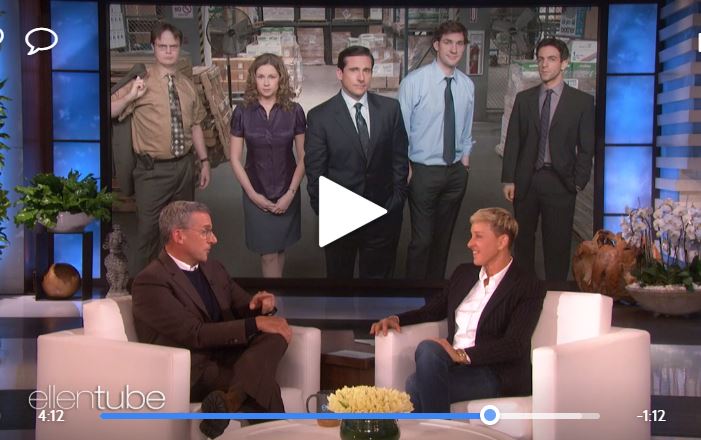 While on Ellen, Steve Carell was asked by her about rebooting The Office. There has been some rumor for a while and we know that it is at the top of NBCU’s Bonnie Hammer’s wish-list. But Steve in all his wisdom had an even better idea.

“You know what I thought would be a great for The Office?, not reboot The Office, but take The Office cast and reboot Cheers. So, like I would be Sam,” Carell offered, and Jenna would be.. you know like just take different characters.”

This kind of idea is actually very interesting. It’s kind of a gateway into another show. You would go for the familiar faces and stay for the story. Of course it is in it’s own way still a reboot.

Carell admitted that it was probably a bad idea but Ellen said it was excellent. She particularly liked the part about “switching casts with different shows,” such as Gilligan’s Island, or Beverly Hillbillies. “Sure, I could be Jethro,” Carell said jokingly.

Last time she asked him about it was in 2013 when he said that a reboot was not happening with him and the cast at that time. It sounds like if we do get a reboot it will be with all new people. Maybe they can trick us at NBC and call it something else, but still make it about people who work in an office. It seems unlikely that an Office Reboot would do well without the original cast. Or here’s an idea, make it a telenovela called “Le Officina”. People would watch that.