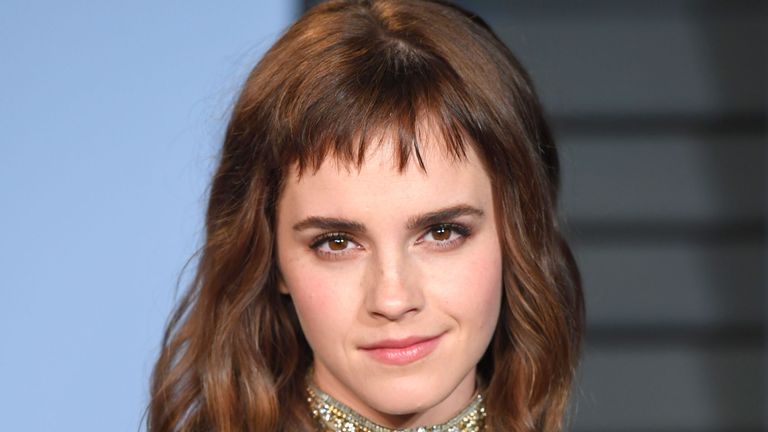 Child actors have the unenviable position of growing up for the whole world to see. Their whole lives are in front of the camera, and it remains true even unto adulthood. Emma Watson is one of those rare actors that has been able to navigate that pressure, and has remained relatively stable. However, she still has to deal with rumors and gossip about her personal life, as though that is anyone’s business. Watson has said that even though her love life remains a topic of conversation she would rather be content with herself. She spoke in an interview with British Vogue and while talking about her anxiety over turning 30 she coined one of the most amazing terms we’ve ever heard.

“I was like, ‘Why does everyone make such a big fuss about turning 30? This is not a big deal… Cut to 29, and I’m like, ‘Oh my God, I feel so stressed and anxious. And I realize it’s because there is suddenly this bloody influx of subliminal messaging around. If you have not built a home, if you do not have a husband, if you do not have a baby, and you are turning 30, and you’re not in some incredibly secure, stable place in your career, or you’re still figuring things out… There’s just this incredible amount of anxiety.”

“I never believed the whole ‘I’m happy single’ spiel,” Watson told Vogue. “I was like, ‘This is totally spiel.’ It took me a long time, but I’m very happy (being single). I call it being self-partnered.”

Her anxiety comes naturally as many women that are in or entering their thirties. There is a stigma surrounding women that if you do not become a home maker or have a foot hold into your career that somehow you are less than. I wish I could say that things have changed over the last fifty years but unfortunately not as much as we’d like.

The fact that people care so much about her relationships shows how quickly people forget what public pressure can do to a young person. For every success story like Watson, there are plenty of kids who had their lives turn south because of fame. Seeing so many young lives get caught up in poor choices because they are constantly being stared at all the time. We place impossible amounts of judgment and question their every move. The fact that she can declare that she is happy with herself if a big difference from many other actors who aren’t so lucky.

As Emma Watson ages gracefully we can keep watching her develop as both an actress and a human being. Hopefully her confidence and way of thinking will influence more people as she continues along in her career. Thank you Emma!