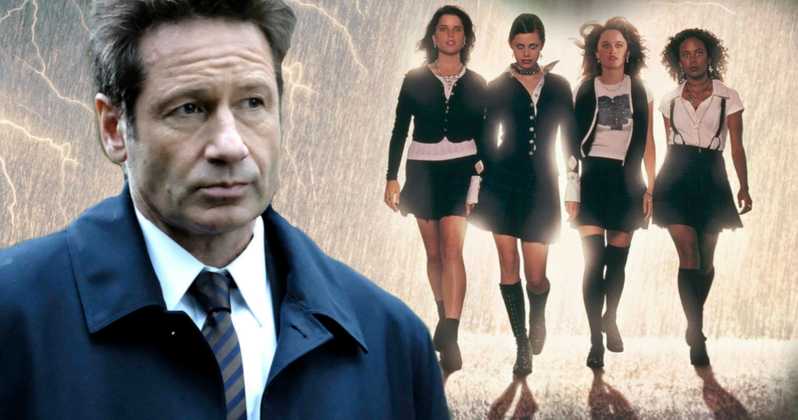 David Duchovny Has Joined the Cast of ‘The Craft’ Reboot

Joining the cult classic film The Craft Reboot is non other than “Spooky” Mulder, or as many know him, David Duchovny.

No stranger to the strange and unusual, he made a name for himself as Fox “Spooky” Mulder on The X-Files, which ran for multiple seasons, games, and a second running. Fans will also remember him for his appearances on TwinPeaks and Californication. But he will forever just be known as Mulder in most f our hearts.

The Craft, which is written and directed by Zoe Lister-Jones, is based on the 1996 film by the same name which told the story of a teenage girl who moves to a new school and finds herself initiated into a coven of young witches. These young women themselves being of the unbalanced nature and leading into all sorts of trouble for our main character.

The original film was directed by Andrew Fleming, who will serve as an executive producer on the reboot. Which gives us high hopes for this remake.

Duchovny joins the previously announced Cailee Spaeny, Gideon Adlon, Lovie Simone, Zoey Luna, and Nicholas Galitzine. Although we have no idea which character he will be playing.

There is still no official release date for the new film either. So we cannot give you much more information on the subject.

However, you can let us know your thoughts in the comments!