The controversial film Joker just had its opening weekend. Currently rising in success despite the split feelings on the movie. Joaquin Phoenix seems to be on the pro Joker side of the film (naturally) and wants to explore the villain some more.

Joaquin Phoenix famously doesn’t do sequels, so it’s interesting that he’s even entertaining the idea. To summarize the film as short as possible, the main character Arthur Fleck feels that society is one big joke after feeling like society has let him down. Eventually leading to him becoming the Joker.
Despite this big origin story, Joaquin Phoenix feels there’s more in the villain he’d like to explore.

On Popcorn With Peter Travers, Joaquin Phoenix discussed what he’d like to do with the sequel.

“I talked to Todd a lot about what else we might be able to do, in general, just to work together, but also specifically, if there’s something else we can do with Joker that might be interesting. So, it ended up being a dream role. It’s nothing that I really wanted to do prior to working on this movie. I don’t know that there is [more to do]. Me and Todd would still be shooting now if we could, right? Because it seemed endless, the possibilities of where we can go with the character.”

What do you think? Feel free to speculate down below! 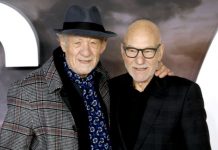 Warner Brothers To Recruit An A.I. To Help Greenlight Movies

‘Watchmen’ Creator Not Interested in Making Season 2, Much To Our...