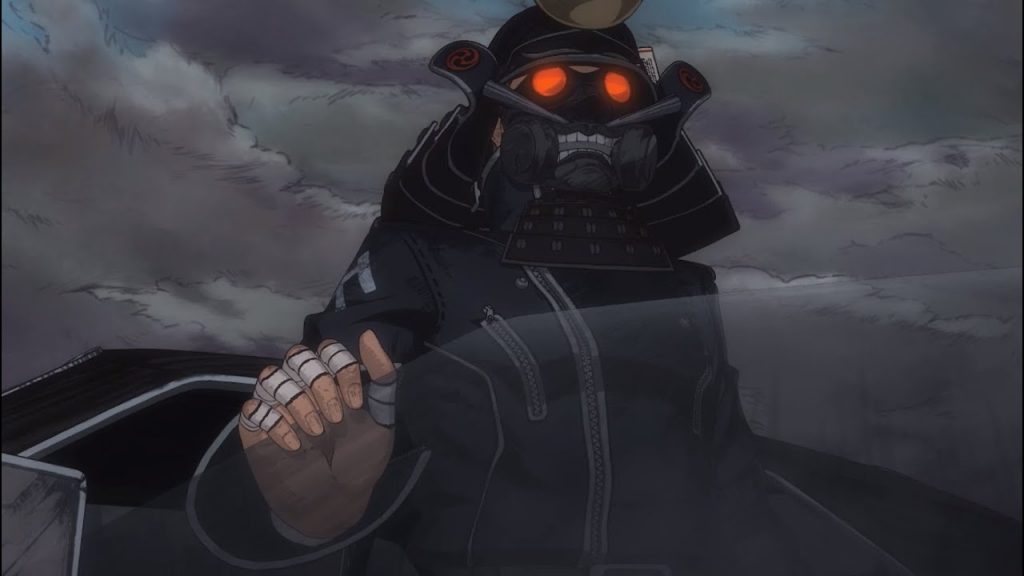 Have you ever thought… “this world needs an amazing record that is also coupled with a Samurai Cyber Punk Mad Max inspired music video?”

Then two weeks ago, Netflix and Sturgill Simpson dropped Sound And Fury. Thus fulfilling any desire for the aforementioned album and psychedelic Thunderdome experience I never knew I actually needed in my life.

So we all know who Netflix is… but who the hell is this Sturgill Simpson?

Simply put, Sturgill an artist who’s ripe to build a major bridge between fans of the genres of country music and indie-rock. The heartland to hipster crossover we thought Wilco would have become.

Remember that badass Americana cover of Nirvana’s “In Bloom” from a couple years ago?

I’m hesitant to flat out label him as a country singer because with the exception of his vocal style, the music Sturgill makes has been continuously evolving. So much so that I would easily call the album Sound And Fury anything else other than country music. The lyrics don’t speak of the usual played out archetypes associated with the genre. There’s no fiddle in the band. No red solo cups. Sound And Fury is just a ten track audible explosion that elevates its author’s talents to a whole new level.

And to compliment the new record is Sound And Fury, the movie. Sturgill enlisted the likes of Koji Morimoto and Michael Arias of The AniMatrix, Masayuki Matsumoto, Elsa Nakamichi, Jumpei Mizusaki, and Henry Thurlow to bring this animated part of Kill Bill slash at times Thom Yorke and Paul Thomas Anderson’s Anima-esque slash Samurai Fury Road adventure to life. I personally believe these people did a whole bunch of drugs, wrote down a bunch of ideas while under the influence of said drugs, and made one of the most abstractly beautiful pieces of genre mixing, musically driven art I’ve seen in a long time.

Technically you could classify Sound And Fury into two categories; either a short film, or a music video. A short film because of the forty-one minute duration, and a music video in the sense that the entire Sound And Fury album doubles as the project’s score. There’s no dialogue, no subtitles to read. Only a visual display of cohesive cartoon craziness which rivals anything you’re currently thinking about.

Just to highlight some of the aforementioned insanity… within the first twenty minutes, fleets of ultra advanced warships decimate the landscape, transforming the world into a post apocalyptic wasteland. We see our Samurai Darth Vader Heroine being chased by Mortal Engines from Hell squad of War Persons which transitions into a Thriller slash Max Headroom on acid dance sequence. And yes, there is cartoon nudity.

The film then takes a beautifully artful turn as we follow a woman wearing a hazmat suit through the night time city streets set to the album’s crowning achievement (in my opinion) “Make Art Not Friends.”

Then it’s right back to the blood. A veritable truck load of blood.

If you are a fan of artisanal absurdity set to a killer set of tunes, you should stop everything you’re doing and either watch or listen to Sound And Fury. Sturgill Simpson could have easily just dropped the album of the year. A complete departure from his earlier style but somehow feels more like Sturgill than ever before. I personally didn’t know he had it in him.

He’s back and I am sold.

Both Sound And Fury the film, and the album are available to stream.

Have you watched or listened to Sound & Fury? Let Nerdbot know in the comments!!