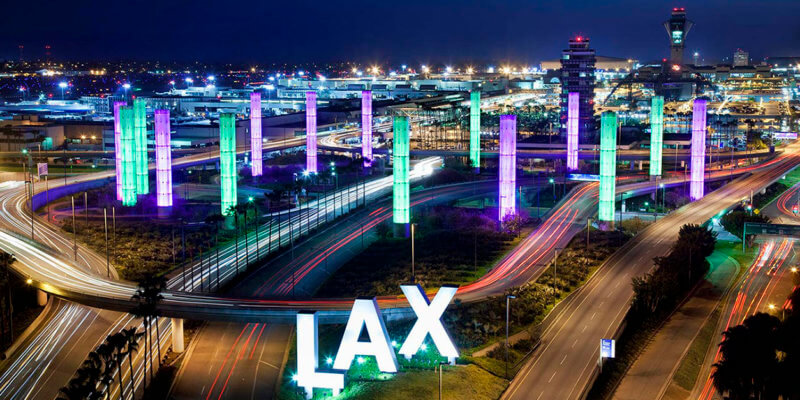 Uber, Lyft, And Taxis To Stop Curbside Pick Up At LAX

If you are planning on traveling to Los Angeles, there’s a good chance your trip will begin at the Westchester War Zone known as LAX.

Unfortunately due to the amount of tourists or potential Hollywood stars of the future that arrive each day, things can get pretty crazy with the airport traffic. Yes, even traffic at LA’s airport is nuts. And yes, it’s about to get a whole lot more complicated.

As KTLA.com reported on October 3rd, later this month, travelers arriving at LAX will no longer be able to get curbside, meaning walking right outside the doors and getting picked up, services from Uber, Lyft, and other Taxi companies. Instead, anyone looking to leave the airport by ways other than friends, relatives, or feet, will have to head down to Terminal 1 where drivers can meet their respective passengers.

Travel within the grounds of LAX might be a little more difficult for the foreseeable future due to the massive facelift the property is getting. But spokesperson Heath Montgomery confirmed a shuttle will be able to transport people to the new Uber, Lyft, and Taxi designated area.

“While we have concerns with aspects of LAX’s plan to move all rideshare pickups to a staging lot, we have shared those concerns directly with (LAX) and will continue operating at the airport. In the meantime, we hope LAX will listen to and incorporate our input so that so that LAX passengers can continue to access rideshare service in a seamless way.”

Various airports throughout the country have adopted a similar model for paid ride services. So I’m not surprised that this trend has finally made its way to the West Coast. However, every other airport in the country doesn’t have like fifteen million people already living within a two hour drive of the Terminal, not to mention thousands of travelers flying in and out everyday. Personally I see the policy as a logistical nightmare just waiting to happen. But, until I’m proven otherwise, I’ll maintain a cautious optimism regarding a decrease in LAX traffic.

The official date for the paid ride services ban has yet to be announced.

An 11th Season of ‘The Walking Dead’ is Coming