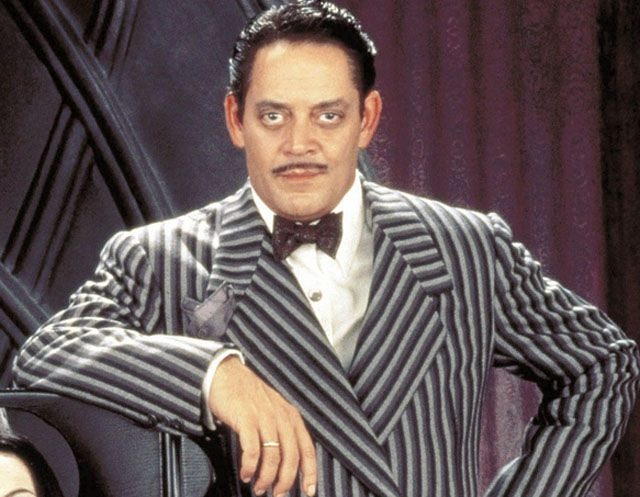 Raúl Juliá’s is best known for his role as Gomez Addams in the film adaptations of The Addams Family. However he had a wide array of performances that got recognition. Juliá received an Emmy, Golden Globe, and SAG awards, along with four Tony nominations for “Best Actor.”

A new PBS documentary titled- Raúl Juliá: The World’s a Stage, focuses on the career and life of the beloved late Puerto Rican actor.

The documentary boasts that Juliá wasn’t just a pioneering Latinx actor, but one of the greatest of his time. The actor’s life was cut short in 1994 when he died of a stroke at the young age of 54. Juliá’s work ranges from Shakespeare to video games. His particular talent was being able to capture the duality of comedy and drama.

The documentary interviews the many Latinx actors he knew and influenced. Including Rita Moreno, Benicio del Toro, Andy García, Edward James Olmos, Esai Morales, Jimmy Smits, Ruben Blades, and John Leguizamo, along with friends and family. An impressive array of folk from all over the entertainment industry as well as his personal life.

The talented actor was born in San Juan, Puerto Rico on March 9, 1940. Juliá was raised bilingual, speaking both English and Spanish.
While at Colegio Espíritu Santo, in first grade, he played the devil in the Catholic school’s play. This triggered his interest in theater. However, it was only after watching Errol Flynn perform in The Adventures of Robin Hood, that Juliá was inspired to pursue acting. By seventh grade, Juliá could speak fluent English and began his interest in Shakespeare. After college, he found that becoming a lawyer no longer suited him. Instead, decided that acting was his passion.

It was when Julia sang at a nightclub in Puerto Rico, that he was discovered by Broadway actor Orson Bean. Who was absolutely taken by his performance. Bean convinced him to come to New York City where he made ends meet acting in the Puerto Rican Traveling Theater.

During a time when Latinxs were overlooked even for Latinx roles, Juliá never hid his Puerto Rican accent. He loved who he was and who he represented.
”He loved his Puerto Rican roots ferociously,” his dear friend and actor Edward James Olmos said, and the islanders adored him “beyond the wildest understanding.”

Joseph Papp, the founder of the New York Shakespeare Festival (NYSF), saw Juliá reading patriotic Puerto Rican poetry in a performance in ’67. The impressed Papp offered Juliá the role of Demetrius in Titus Andronicus, where Juliá’s accent was fully embraced.
When Papp died, Juliá credited him for helping obtain roles beyond the “Latin lover” stereotype. The prestige allowed Juliá to snag his first role in a Broadway play, The Cuban Thing.

The actor’s award-winning theater career allowed him to break into Hollywood. In 1991, he nabbed his most celebrated role as Gomez Addams in The Addams Family film. Juliá loved the irreverent character and became a recognizable face in Hollywood.

The actor was a huge humanitarian (who worked with the Hunger Project to end world hunger) and loved to tell stories that mattered.

Among his famous roles, he was particularly honored to play the leading role of Archbishop Óscar Romero in a biopic. The El Salvadoran Archbishop was assassinated during a mass for being an outspoken advocate for human rights in Central America. A perfect role for a fellow humanitarian.

He won a Golden Globe for his role as a Brazilian political prisoner in Manuel Puig’s Kiss of the Spider Woman. Later he portrayed Chico Mendes in HBO’s The Burning Season.

Juliá was known to not be in the best of health but all there were were rumors. It was rumored that he suffered from stomach cancer, and his poor health became apparent in his gaunt appearance. In 1994, he suffered two strokes, the latter causing his death.

“I put him in the hearse with my arm draped across the casket,” said Olmos. “I looked out the window and there were tens of thousands of people — even in balconies — people applauding him all the way through to the end.”

Raúl Juliá: The World’s a Stage brings to light the experiences of a fantastic and brilliant actor to American audiences.