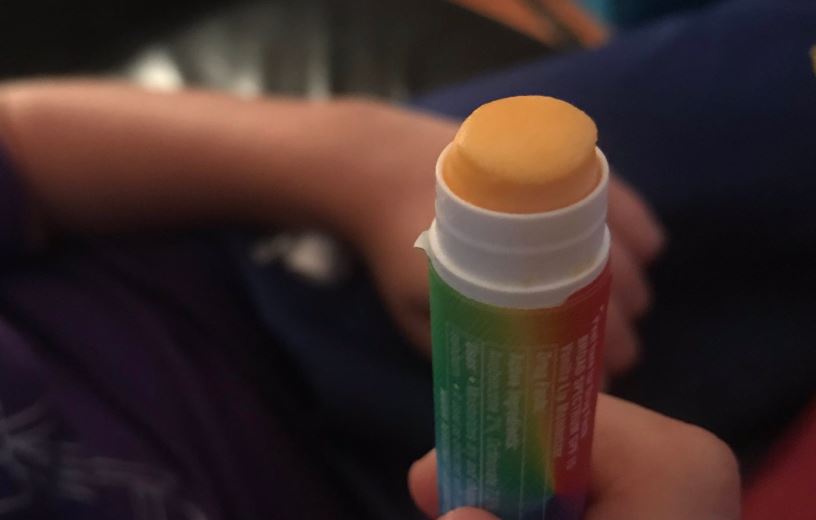 Even though school was a while ago for some of us doesn’t mean we can’t appreciate a genius idea when we hear one. There was always a stupid rule about not having snacks in class even though studies show that snacking while studying improves retention rates. Let’s face it your brain burns a ton of sugar when you learn new things and the best way to replenish that is with snacks.

One 9 year old girl while looking up prank YouTube videos stumbled upon a great idea. Put cheese into an empty chap stick tube and eat it throughout class. I mean what could the teacher say about licking a chap stick? Sure it’s gross but not really anything to call a student out for. And it appears that at this particular schools allow snacks which is a big step forward from where it used to be when I was in elementary.

The Missouri resident filled 2 tubes of chap sticks with cheddar cheese and then shared some licks with her class. Which is kind of EWW but also they’re kids and kids do that stuff all the time. People have been praising the girl saying that “the future is female”. The mother emailed her teacher and told her about it. Teachers don’t get enough love and an amusing story like this made her day. And the kids got a real kick out of it.

“I just found that, cleaned it out with some soap, and started filling it with cheese… You can lick it and no one will know.”

“At first I didn’t tell them and I was like licking the, quote, ‘cheese,’ and then I told them it was cheese and they just started laughing so hard.”

The principal of the school thought it was so genius that she is including her invention in the next school newsletter. So sometimes being a creative foodie really pays off.