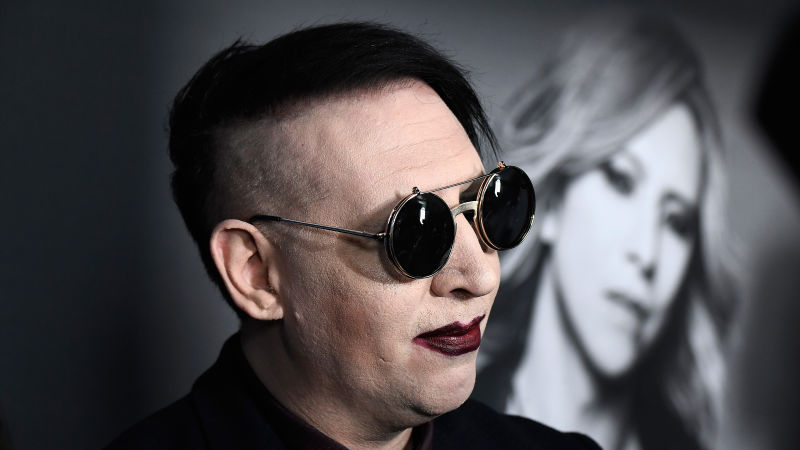 Unfortunately whatever Starz has to offer is usually lost in a sea of endless original content and people’s desire to not take on yet another streaming service. Seriously, there are so many of these things now. However one of the networks most critically acclaimed achievements American Gods actually acquired an audience and is preparing for production of its third season.

According to Deadline.com the cast just got a little bigger with the addition of shock-rock troubadour turned actor Marilyn Manson. And of course, he’s set to play Johan Wengren, the lead singer of a Viking inspired death metal band called Blood Death. Deadline’s article goes on to describe the group as being a source of power for Ian McShane’s character as he wages war with “the New Gods.”

I don’t have Starz so unfortunately I have no idea what that means.

Showrunner Chic Eglee expressed his eagerness to work with Manson;

“As a long-time admirer of his estimable talent as an author, artist, musician and actor, it is dope indeed to be working with Mr. Manson in Season 3 of American Gods.”

He continued to add;

“Bringing his specific energy, wit and boundless enthusiasm for all-things-Neil Gaiman to the role of Johan, a Norse ‘berserker’ in service to Odin, his performance promises to be disturbing, original and uniquely entertaining.”

Maybe Starz will get Gillian Anderson to reprise her role as David Bowie and the two will sing an industrial remix of “Space Oddity” together… one can dream.

Anyway the news does mark a new notch on the IMDB belt of your favorite late 90’s nightmare. Dude has been raking up appearances in film and television lately. The rate he’s going, Manson will be snubbed for an Emmy nomination in no time.

What are your thoughts on American Gods? Let Nerdbot know in the comments!!