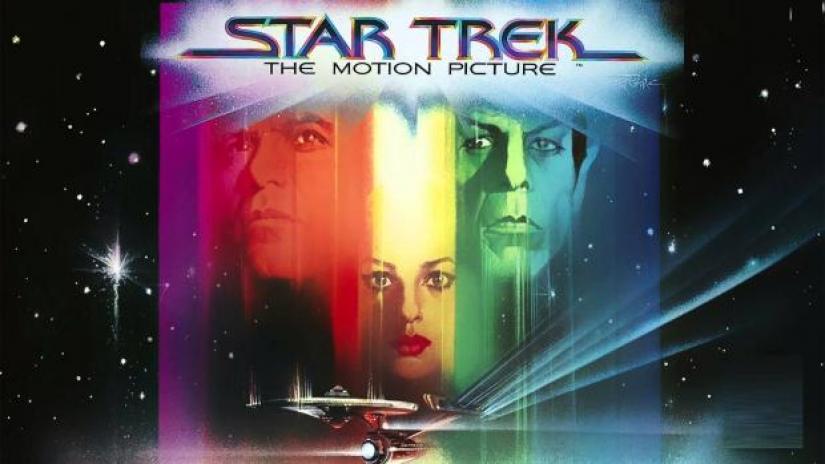 Star Trek: The Motion Picture returns to theaters to celebrate its 40th anniversary. The 1979 film premiered 10 years after the television series was canceled and featured the original cast. It had mixed reviews when it first came out but did well enough to kick-start a movie franchise that would include some good films and some…not so good ones.

The film picks up after the crew of the Enterprise has completed their 5-year mission and scattered to various pursuits. The threat of the mysterious alien cloud V’ger results in their reuniting aboard the latest model of the Enterprise. The original crew of Kirk (William Shatner), Spock (Leonard Nimoy), Bones (DeForest Kelley), Scotty (James Doohan), Uhura (Nichelle Nichols), Sulu (George Takai), and Checkov (Walter Koenig) were joined by William Decker (Stephen Collins as the Enterprise captain displaced by the return of Admiral Kirk) and the Deltan Ilia (Persis Khambatta). Majel Barrett as Christine Chapel and Grace Lee Whitney as Janice Rand also reprised roles from the television series.

Plans for a Star Trek movie had started in 1975 but kept hitting setbacks, in particular, the script. Eventually, the script for the pilot episode of a proposed new Star Trek series was adapted into the movie. However, numerous rewrites were made during filming; the script had not been completed until 4 months after the start of production. There were also issues with some of the effects for the show, but ultimately it premiered on December 7, 1979. It set a box office record for highest weekend gross its first weekend released, beating the record set by Superman. It went on to be the 5th highest-grossing movie of the year and was nominated for 3 Academy Awards (Art Direction, Visual Effects, and Original Score).

So, if you are a fan of the original series and the subsequent movies and television series set in the same universe, boldly go where many have gone before and trek on down to a local theatre and indulge in some nostalgia.

Star Trek the Motion Picture is a Fathom Event. Check here for showings near you.