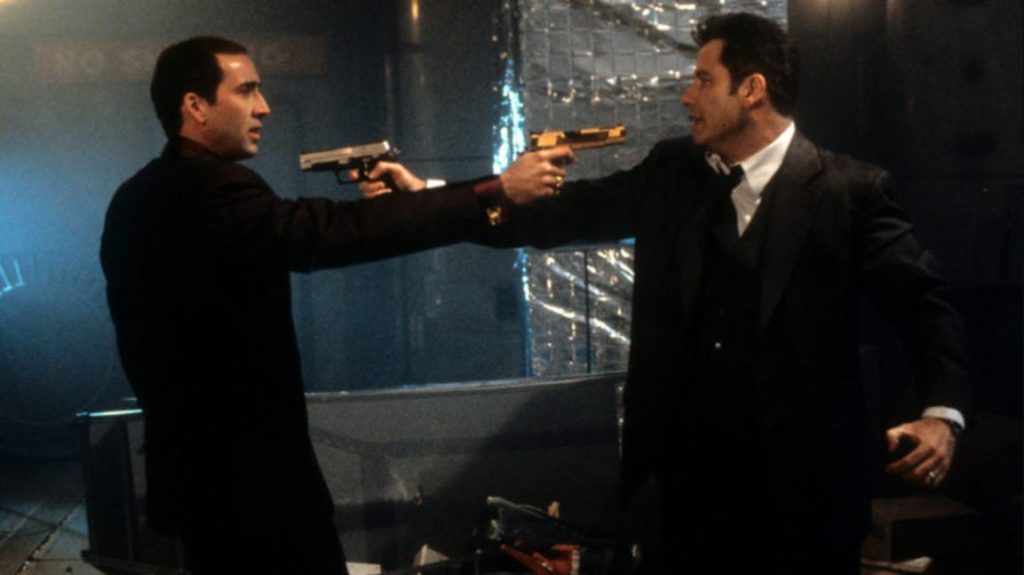 “Face/Off” Reboot is Happening at Paramount

Remember the most awesome movie ever? You know what I am talking about. Face/Off with John Travolta and America’s Greatest Living Actor Nicholas Cage. In 1997 they graced us with their amazing performance of playing each other playing a character in a movie. It was wonderful, FBI Agent Sean Archer(Travolta) hatches a plan to go deep undercover by taking the face of a terrorist. Castor Troy(Cage), the terrorist wakes up after the surgery and then forces the doctor to give him Travolta’s face.

To say that people are excited is an understatement. And the novelty then of the idea of face swapping technology actually exists now. I’m sure there is a way because come on people. Science! The only thing I am left wondering is how can they possibly improve on the first one. It was epic.

Oren Uziel will write the script. Neal Moritz will produce for Paramount with David Permut serving as executive producer. Other things that Uziel has written are The Cloverfield Paradox, Sonic the Hedgehog Movie and he is also working on the second movie for Detective Pikachu.

Uziel is repped by WME, Writ Large and Myman Greenspan.