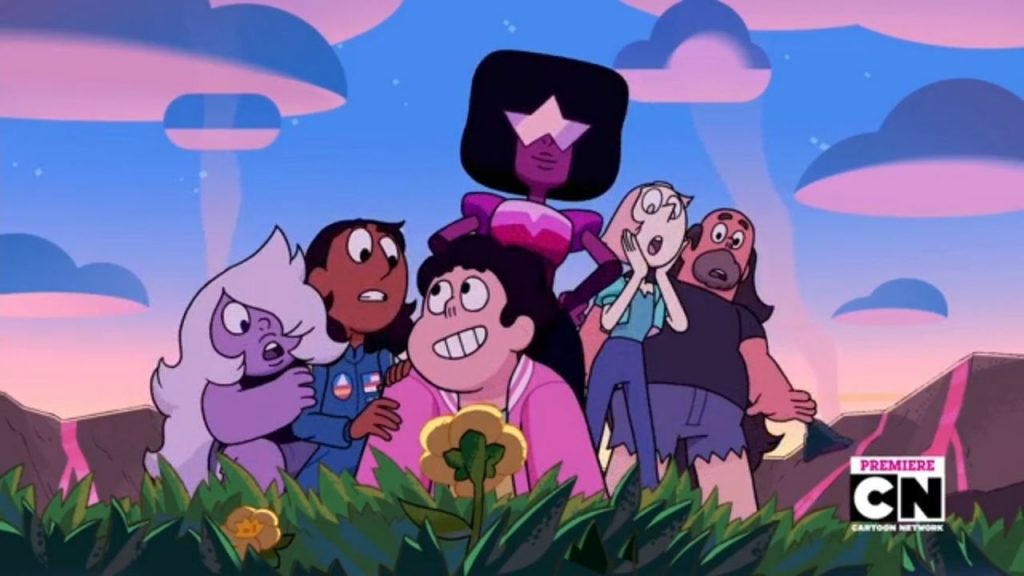 Steven Universe : The Musical Highlights Everything That Works About The Series

After five seasons of buildup, and after weeks of anticipation, Steven Universe : the Movie musical released on cartoon network , Monday September second. Just to recap,

Steven Universe: The Movie takes place two years after the events of the season 5 finale, following the Crystal Gems as they attempt to save all organic life on Earth from a mysterious new Gem.

It’s been an eight month period since any new SU content has been released, causing the hype around this film to raise fan expectations to the highest it’s ever been – but is it all worth it ?

Re-examining the Characters and the Series as a Whole

One of the best aspects of the musical is its examination of character growth – ranging from highlighting the journey each of our main crystal gems have been on to examining the legacy of Rose Quartz and Steven’s ever striving quest to face it.

The movie format basically takes all of the elements of an average SU episode, and pulls it off in an even more gradious fashion than usual. While many of the episodes in the past have been focused on developments and growth of character, the movie acknowledges all of the work and celebrates it.

With each main Crystal Gem Getting a moment / song to themselves to almost perform a musical ‘ pat on the back ‘ for all of the struggles they’ve overcome so far.

While the animation is mostly the same for a standard SU episodes, during big moment/fight scenes the scene flows smoother, and the characters have a slight static edge to them. This especially helps the movement of antagonist Spinel , who moves like an old disney cartoon.

SU has spent a lot of its time to discuss issues concerning mental health, and the film doesn’t diverge from this.

Our protagonist deals with the idea of wanting a ” happily ever after”, having to accept that everything changes and grows even when he doesn’t want too.

Without going to deep into spoiler territory, the ideas of abandonment and self loathing surround our antagonist. As she faces the very real idea of being unable to change due to traumas of the past.

As per usual, Steven and company take to violence as a last result. Steven will always take to understanding and empathizing with his enemy, taking to path of compassion when facing his problems.

As Creator Rebecca Sugar Stated in a article from TV Line ,

“ the movie is not the end. There is more. That’s all I can say at the moment, but there will be more, and everything that happened up to this point will continue to matter in true Steven Universe fashion.”

With a story that’s satisfying for long time fans, and a presentation that’s appealing to new commeres, the future looks bright for Steven and Crew .

So what did you think of the film ? Do you want to read about our, spoiler full Thoughts ? Let Us know in the comments down below !