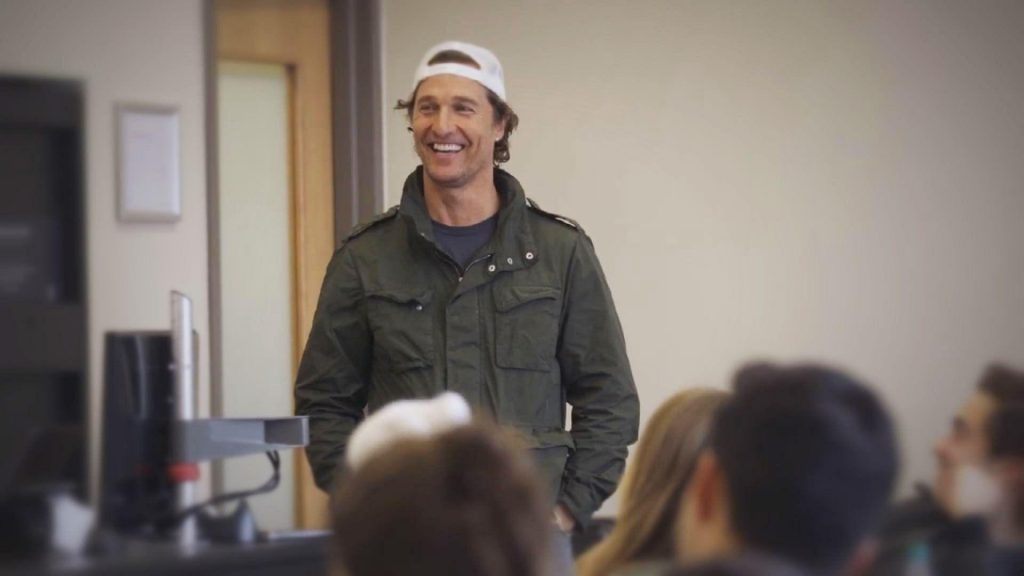 There are so many famous lines that could be used as a somewhat humorous way to begin this article but unfortunately I can’t tho of one that would be perfect for Matthew McConaughey’s career milestone.

No, he didn’t finally open his own Lincoln themed distillery you have to access by boat. Though that would be pretty dope. Actually the Academy Award and occasional inspirational football speech giver has taken up a position in academia. According to the Hollywood Reporter, McConaughey will join the University of Texas’ Department of Radio-Television-Film. A job I’m sure he’s more that qualified for.

Turns out, the dude’s been doing teaching on a part time basis since 2015. McConaughey earned a Film Degree back in 1993 from UT and has developed Script To Screen class, which will be offered this coming fall.

At the way least I’m sure you’ll get to hear at least eight “Alright, Alright, Alrights!” as Professor Wooderson kicks off each class. Maybe he’ll do that chest pounding thing from Wolf Of Wall Street to motivate his students? Either way I hope somebody documents every moment of their experience.

Honestly that might be worth the price of admission… and the best part is you can pay it off for the rest of your life.