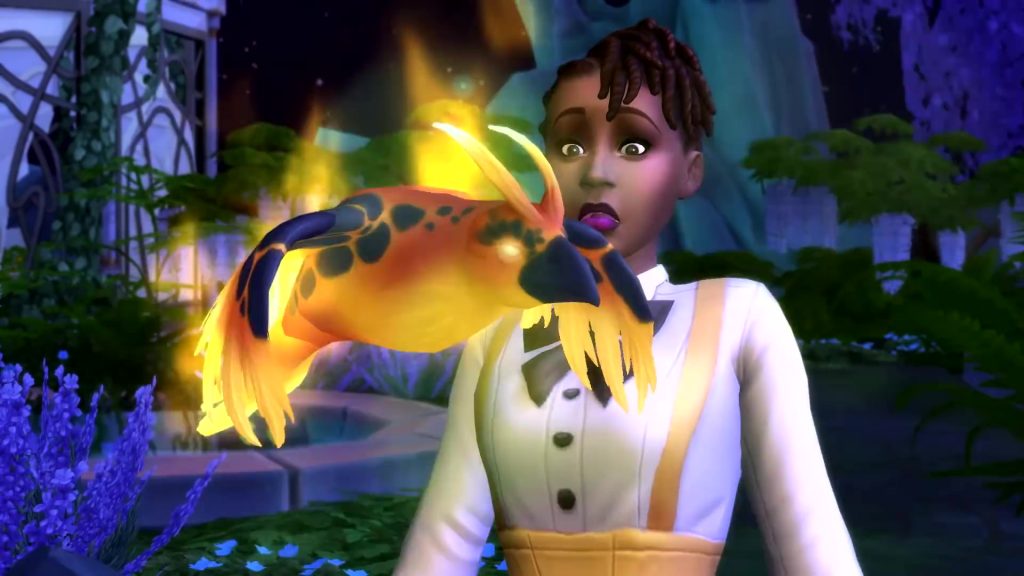 Confirmed: Cats and Dogs Can Be Familiars in Sims 4: Realm of Magic

That’s right, you heard it from a Sim Guru themselves, specifically Sim Guru Antonio Romeo. Who has been on top of answering questions about the upcoming Sims 4: Realm of Magic.

If you are a magic lover and have always wanted to cast spells, craft potions, and have a familiar… you now can! Well, your Sim can. And we all know that we may as well be living our Sims lives, if you are a hardcore simmer that is.

If you own the pack Cats and Dogs, you can create and personalize your very own familiar. Once again, the Sims giving us endless possibilities.
Oh, and they will sparkle too?! Apparently so.
As well as helping you receive the magical items you need to craft, these familiars will be your shimmering magical companions and I cannot think of anything more exciting than that.

The Sims 4: Realm of Magic is the upcoming eighth game pack for The Sims 4. It was officially announced during EA Play on June 8, 2019 and its trailer premiered on August 20, 2019. It is slated for release on September 10, 2019 on PC/Mac and October 15, 2019 on consoles. The focus of the pack is magic, and includes a new life state, spellcasters, and a new world, Glimmerbrook. Spellcasters can also acquire familiars. It is a spiritual successor to The Sims: Makin’ Magic and The Sims 3: Supernatural, with some elements from The Sims 2: Apartment Life.

What do you think of this news? Let us know in the comments!