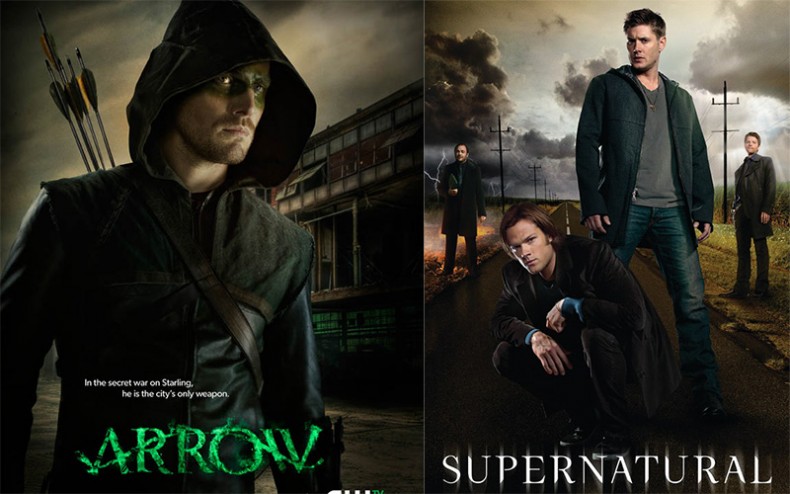 The CW Planning Tribute Specials for ‘Supernatural’ and ‘Arrow’

With the shows Supernatural and Arrow in their final seasons, it only makes sense that The CW will be doing honorary tribute specials for their successful shows.

According to network head Mark Pedowitz, the episodes will liken to that of the tribute episode aired during Jane the Virgin’s final season.
Arrow previously got a special “Year One” in 2013 that recapped the show’s first season. Legends of Tomorrow also recieved an introductory special before the series debuted, which was titled “Their Time Is Now.”

“We thought that the tribute special that appeared on Jane the Virgin this year was well-done.
We’re planning tribute specials for Arrow, as well as Supernatural.”

Supernatural is the longest-running series on The CW. It returns this fall for the fifteenth and final season. With the Winchesters facing Chuck
(At the end of season 14 when they confronted Him, He responded by creating a zombie apocalypse that will represent part of the challenge of Supernatural‘s final season.

Arrow comes back this fall for its eighth and final season as aten-episode run. Bringing back Oliver Queen (Stephen Amell), Felicity Smoak (Emily Beat Rickards, who exited the series at the end of last season), John Diggle (David Ramsey), and the rest of Team Arrow to a close.
The series’ end will collide The CW’s “Crisis on Infinite Earths” mega-event, which will run for five episodes over December 2019 and into January 2020, featuring episodes from Arrow, The Flash, DC’s Legends of Tomorrow, Supergirl, and Batwoman.

Supernatural will premiere on October 10 at 8 p.m.
Arrow premieres on October 15 at 9 p.m. ET/PT

Are we sad to see these shows go? Let us know in the comments!