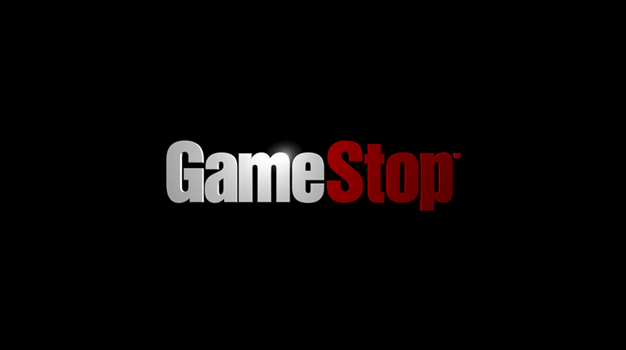 The Slow Death of GameStop

When was the last time you were in a GameStop?

As of writing this (summer of 2019), Gamestop (GME) has stock at the low price of $4.36 a share. That’s a few scents higher than its 52 week low and it’s rock bottom from a 2015 high nearing $50 a share. But stock is really an amorphous entity that often depends more on whims than real value and an actual economy.

I live in a fairly affluent area. Note that I am squarely middle class, but my city has some very rich people and some not-so-rich people, but not many truly poor people. As such, it’s a good gauge of the middle to upper ends of what society want. We have not 1, not 2, but THREE GameStop stores. There is one in a mall, a stand alone store about 500 feet from the mall, and a third store on the other side of town. I’m no expert but it seems like we need at most 2 and definitely not 1 in the mall and 1 just outside the mall.

Major chain retailers that have recently closed nearby include a Payless (no more physical US stores), a K-Mart (not many stores left), and a handful of money laundering schemes (uh, mattress stores).

So how in the hell do we have THREE GameStops, a quickly fading retailer?

When I was a kid, you’d buy video games at Toys R Us (bankrupt) or a local mom and pop game store. Through a long boring story, Babbages became GameStop/EBGames/ThinkGeek and most of the FYE and other mall or strip mall game stores died, along with KB Toys and Toys R Us shuffling off their mortal coils.

Thank in the 2000’s this magically thing called the internet started to bring you video games directly to your PC/MAC/Xbox/PlayStation. I haven’t done a scientific analysis, but I’d say the majority of PC/Xbox/PlayStation gamers are buying digital games and the last stalwarts for physical copies are mostly Nintendo gamers. Nintendo gamers grew up collecting carts and still love to. I know because I am one of those old jerks who doesn’t go digital.

From 2015 until 2019, GameStop and other physical retailers have seen massive drops in their most important market: holiday sales.

This is often attributed to Amazon and other online retailers, but for game stores it’s most certainly almost entirely digital. Younger generations of gamers are playing digital games. They don’t see a need to go buy an actual copy of a game at a store, online or in person.

This year GameStop is starting layoffs. Oh, and they are closing ThinkGeek. You know, that beloved brand that’s online and in GameStop stores. That’s dead. Deceased. Not amongst the living. Though GameStop totally promises it’ll totally not be dead, just a dying husk living on within GameStop and not its own brand anymore. That always goes so well.

But fear not, GameStop has a plan to rage against the dying of the light! A new CEO! The guy from Advance Auto Parts!

George Sherman was hired in March of 2019 to right the sinking ship. He had held high positions in Advance Auto Parts, Target, Home Depot, and Best Buy. Now, aside from Best Buy there’s one BIG difference between GameStop and those other stores. When you go to Home Depot or Advance Auto Parts, you are probably going in for a specific item and know what you want. Maybe you’ll pick up extra crap, but it has its own built in sales guarantee. If people own cars and homes, they need to go to those places. Target is also highly successful in being a slightly less awful WalMart. GameStop doesn’t need to exist.

No one NEEDS to go to GameStop. You NEED to go get oil for your car or parts for your toilet or food. You don’t NEED video games and you can certainly get them at plenty of other places. Within a 10 minute drive of my house, aside from GameStop, there’s a Best Buy, a Target, a WalMart, a family owned game store (until recently at least), and a few other random places that sell games on occasion.

But CEO George Sherman has a plan.

GameStop will be a “cultural experience”. Come in. Hang out. Try the game. Be harassed to join the PowerUp rewards program. But most importantly, it’ll be a way of life. But hey, come and try the games first! You know, just like you can already do at every GameStop.

“We had a massive diversification strategy [previously], but the new management team, under George Sherman, our new CEO, is myopically and maniacally focused on gaming. We need to…focus on becoming a cultural center for gaming….If [E3] is the Vatican [of gaming], why aren’t we the local church?” That’s a direct quote from Fortune.

I guess they didn’t get the memo that E3 is fading out of existence, too.

Well, at least you can go to the GameStop Performance Center and (probably pay) to learn to play Overwatch! Because… *shrugs*

GameStop also plans to focus on retro gaming again. That went so well last time, when GameStop started trading in vintage games and selling them online. Many people managed to scam GameStop with fake carts and those fake carts were sold as real to buyers. Or they just royally messed up because the employees ARE NOT experts in retro games. I used a giftcard to try and buy a vintage Sega game on their site. Did I get that game? Nope. I got a sports game that, sure, was the same FRANCHISE but not at all the same TITLE or GAME STYLE.

No one wants GameStop to fail.

GameStop employs people. They are still a great place for some of us to go and just check out used games or browse to see if there’s a new game we don’t know about. And, hey, if GameStop closes I’ll have to buy my Beanie Babies, uh, I mean Funko Pops are Hot Topic! Businesses that were part of our childhood failing hit home.

So, in a couple of years when GameStop goes out of business, I’ll pour out a 40 of Monster and remember all those times they tried to upsell me on stuff I didn’t want when I was just getting a used copy of NintenDogs.

Ridley Scott’s Alien Coming Back To Theaters This Fall