Activision Debunks Rumor: “Jason has not been fired…”

A rumor regarding Call of Duty Zombies Creative Director Jason Blundell caught the attention of not only fans, but Treyarch’s parent company Activision.

Taking it upon themselves to debunk the rumor circulating July 24th in an statement to CharlieIntel:

While we typically don’t comment on rumor, as a personnel matter we feel it’s important to address. Jason has not been fired, and in fact, he continues to direct the zombies experiences for Black Ops 4. In addition, Jason, along with a handful of developers, are working with Activision to develop new creative opportunities.

Several outlets reported that Jason Blundell, as well as several other Executives over at Treyarch were fired for various reasons regarding Black Ops 4.

A parody twitter made the most out of a classic photo:

“Raise a Glass if you no longer work on zombies” 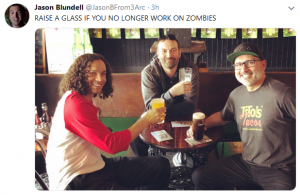 The news seemingly came on the heels of the latest roll-out of zombies DLC and was a continuation of a story-line involving Blundell for over 10 years.

Treyarch and its parent company have come under fire for radically altering in game profiting systems as well as pushing creative directors like Jason Blundell and others ahead of schedules, ultimately costing the gamer a more engaging experience.

The company typically remains silent when making large scale decisions or production moves, so getting an actual statement in a small amount of time was a shock to many including MrRoflWaffles, a gaming enthusiast with a specialty for Jason’s work.

As informative as the internet can be, this is definitely an example of how sensationalism can be expedited through the internet and we should always have a healthy skepticism about news that too good to be true. 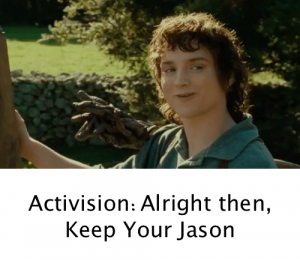