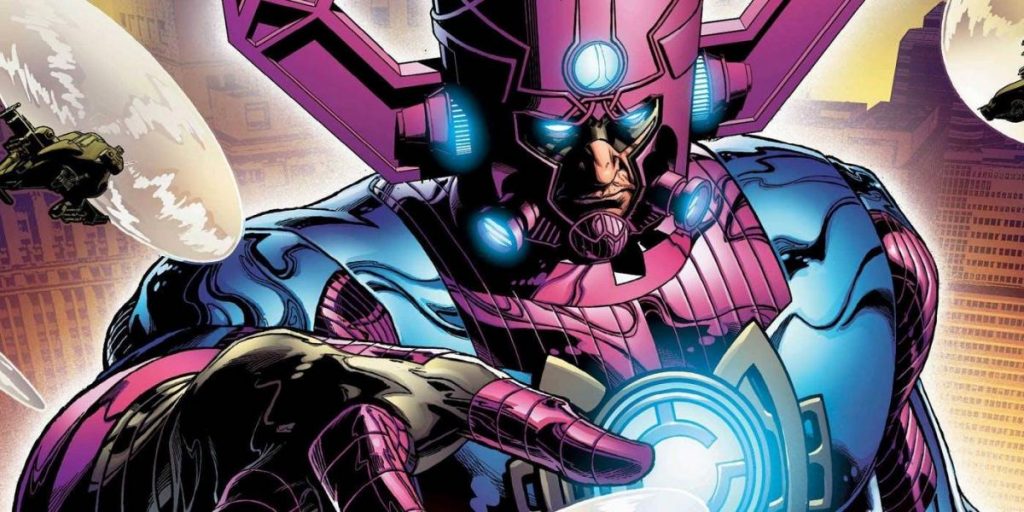 Galactus and Tyrant Rumored Next for the MCU

One of the current rumors going around about what is next for the MCU has stemmed from a site called MCUcosmic. They say that Marvel has Phase 5 planned out already and that the next characters that we can expect to see in the MCU are none other than Galactus and Tyrant.

Galactus and Tyrant would be interesting choices to say the least. This would be Marvel’s first movie dedicated solely to villains as Galactus is the Devourer of Worlds and Tyrant was his created in his image. Tyrant then rebelled against Galactus and they raged a war that tore apart worlds until he was finally exiled to deep space.

They may use this as an opportunity to introduce Silver Surfer to the MCU as well seeing as he and Galactus are arch enemies, but if this rumor is true it will be a set up for a solo Surfer Movie and then a face off film.

You have to remember to take this all with a grain of salt however. The source for the information from MCUcosmic was never explicitly stated, so what we have to go on is really hearsay. But if it is true it would mean that they are starting to play with the previously owned Fox properties by bringing out the big bad Galactus, and that the Fantastic Four and X-Men shouldn’t be far behind.

What do you think of this news? Tell us in the comments!