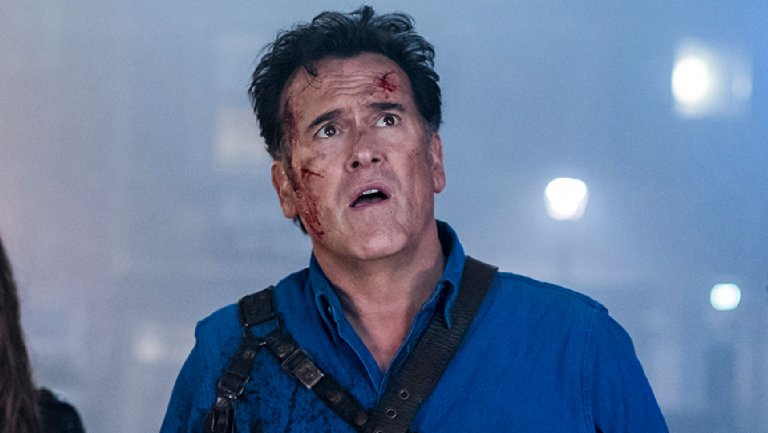 Will The Evil Dead Franchise Return To The Big Screen?

Starz is like the Ralph Nader of the major streaming platforms. A little odd, yet every now and then they have something cool. But in all reality they’re just taking away subscribers from the Netflix’s and HBO’s of the world.

Now one of their more recent , also I’m told pretty damn good series Ash vs. Evil Dead came to an end in April of 2018. And since the Evil Dead franchise practically coined the term “cult following”, continuing the saga of Ashley “Ash” Williams will always have an audience. Or maybe, even after Bruce Campbell passes the torch to a future generation.

So the Evil Dead Universe mastermind Sam Raimi was doing an interview with Bloody Disgusting. He’s promoting his new movie Crawl, which looks like the Lake Placid we deserve, in theaters on July 12th. During the usual back and forth, Raimi was questioned on the future of franchise;

“I’d love to make another one. I don’t think TV is in its future but we’re talking about – Bruce[Campbell], Rob [Tapert] and myself – one or two different ways to go for the next movie…We’d like to make another Evil Dead feature and in fact we’re working on some ideas right now.”

Interesting… so some ideas are being tossed around? Makes me wonder if Blumhouse has an offer on the table, they’re remaking just about everything else. Can’t wait for Halloween 2 by the way.

Raimi also discussed the unbearable thought of Bruce Campbell not returning as Ash;

“I would be thrilled if Bruce Campbell changed his mind about retirement, would come back for the original Evil Dead line. But if not, I’m very happy to work with Fede [Álvarez] should he come back and make the sequel… but he’s such a big shot now. He’s so successful, an artist in demand, that I don’t think he’d want to do that.”

Even the idea of the shared universe is being entertained by Raimi as he added making a project that’s “a part of the Evil Dead universe, but not part of the Bruce Campbell storyline.”

I’m telling you, eventually all movies will be in a shared universe…

For now, there’s no Evil Dead inspired content on television or in theaters, but just like every once dead thing in the Evil Dead Universe, I’m sure it’s not actually dead. Maybe a return to the big screen will be the zombie virus that brings the currently dormant intellectual property back to life?

Do you think Evil Dead should live again on the big screen? Let Nerdbot know in the comments!!