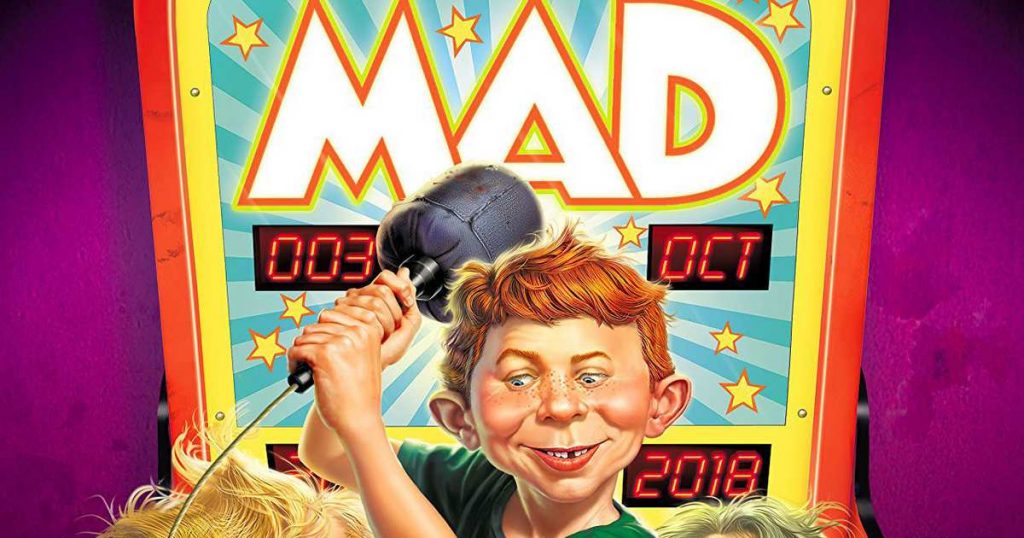 Remember MAD Magazine? I’m sure you’re mind went directly to a show called MAD Tv which aired on Fox in the 90’s but you saw it on Comedy Central back in your college days. Yes, that one.

Well believe it or not the show is sort of a live action version of a popular satirical publication called MAD Magazine. Basically a monthly edition that put a humorous spin on various things happening in the world. Politics, movies, OJ Simpson. I’m sure you remember seeing their gingerly mascot Alfred E. Neuman in all his missing front tooth glory on the shelves of your local grocery store.

Here comes the bad news… according to TheWrap, MAD Magazine will cease to be printed, written, and distributed. Former editor Allie Goertz confirmed the development.

Deadline.com provides a little more information which breaks down like this; DC Entertainment owns MAD and is currently doing a little brand reorganization that’ll result material being published under three banners; DC Kids, DC, and DC Black Label. Their article also references an email sent out to a select group of individuals one might interpret as the straw that broke a magazine circulation streak of over fifty years. I mention the word “interpret” because I guess the actual email hasn’t been leaked to the public, and just about everything I’ve read about this story uses phrases like “basically dead” or “effectively shutdown”. However the general consensus amongst the media is that MAD is no more.

This reorganization is supposed to take place in 2020.

I can remember my younger days when MAD, Cracked, and comics were all I cared to read. Hell, I had the rest of my life to read literature. Besides, pictures are cool. While it does suck that MAD will cease to regularly exist after the August issue, the ending of this publication might symbolize the end of satire driven print media as a whole. The hard copy media business is cutthroat and dying fast. Some of you might be surprised to read I used to read Cracked when I was a kid. Now, Cracked is website which doubles as a listicle amusement park. If you want to scroll through top five lists of every topic known to mankind… Cracked.com is the place for you.

Cracked had to cease publication, regroup, rebrand, and launch a new product. Maybe MAD will do the same? Let’s hope so.

What are some of your favorite MAD Memories? Let Nerdbot know in the comments!!